In addition to dozens of new vinyl goodies up for grabs officially as part of Black Friday Record Store Day (click here for a detailed list), SUNBEARS!‘ Future Sounds ReANIMATED stroboscope LP is now available! This first of its kind vinyl release also comes with an iPhone app download and stickers. Each of the 50 hand assembled picture disc packages to be made are lathe cut to order (not pressed). You personalize the etching in your lead out groove!

Sunbears! frontman Jonathan Berlin discussed how this unprecedented record design came to be in his Future Heart interview last month:

“My son was watching this movie one day, I don’t remember what movie it was, but there was this toy that one of the kids was playing with. It was this toy that spun, and when it spun it showed an animation of a cowboy riding a horse or something. I thought, I bet I could put that on a vinyl. So I looked into it and it’s actually called “Zoetrope.” It’s a technique that’s been around for a long time. People make all kinds of Zoetropes, spin then, and them put strobes on them. We just put it on a vinyl!! As for the strobe side of it, we are developing an iPhone app that you can download to your phone and it strobes at the appropriate rate to reveal the animation… “Sunbears! Psychedelic Stroboscope.”

My good friend Ben Wallis at Beardy Glasses Illustration and I worked on the design together. We make a little looping video and then pasted each frame around the disc template…We cut these things in real time. No pressing house involved. Each disc is its own master disc!“

This week Jonathan detailed this limited edition record in the below “walk through” video, pointing out “they’re made to order so…when you check out you can put on there who it’s for and we’ll write something in the lead out groove.” He added, “I’ve never heard of a vinyl run being personalized for every copy so I think we’re the first to do that.”

As for the music itself, Jonathan previewed it here. Stream the full album at sunbears.bandcamp.com, and check out some close-up photos of the ReANIMATED vinyl below: 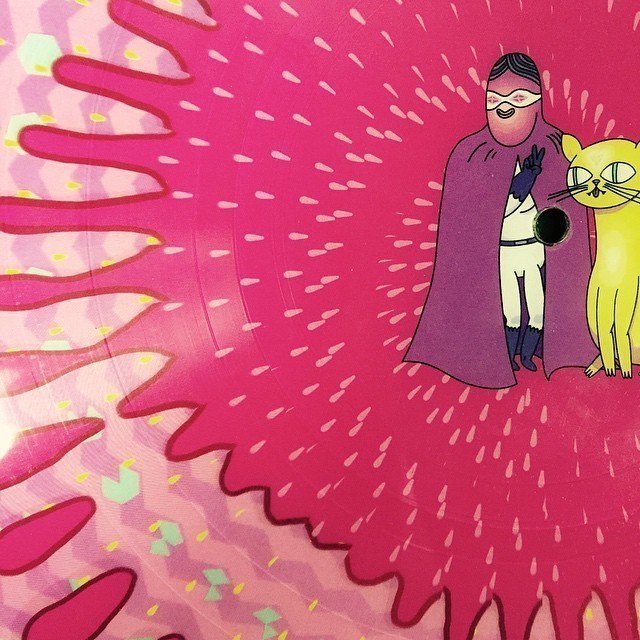 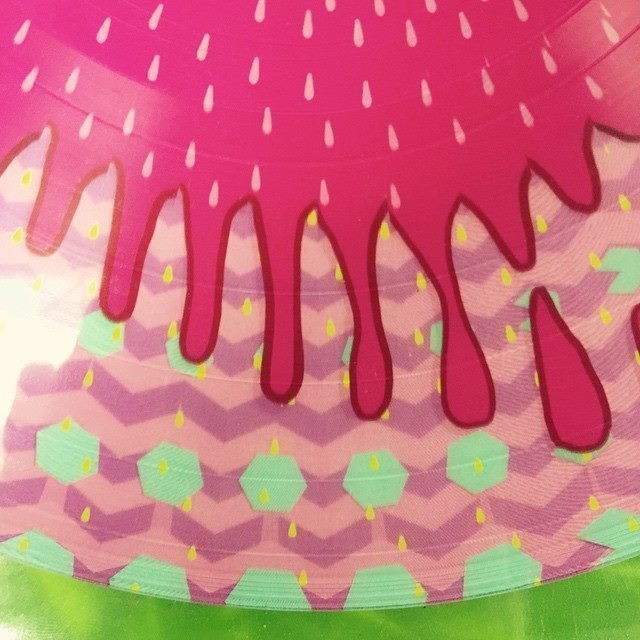