What’s the best concert the Grateful Dead ever performed? That’s a question that’s impossible to definitively answer of course, though nonetheless endlessly debated. For decades their May 8, 1977 show in Ithaca at Cornell University’s Barton Hall has been mentioned in such discussions, spoken of in hallowed tones that gained it a reputation like none of the more than 2000 other shows the Dead played – so much so that in 2011 it was singled out for inclusion in the Library of Congress’ National Recording Registry. Numerous plans are in motion for its 40th anniversary next week, including the county the show took place in announcing May 8th will officially be ‘Grateful Dead Day.’ Dan Klein will read the Tompkins County Legislature proclamation at 5:45 p.m on May 8th, followed by the Cornell University Chimes playing Grateful Dead songs on the McGraw Tower bells. There will be tribute performances later that night at Cornell University’s Commons, and elsewhere, detailed below. Read Tompkins Country Legislature’s proclamation here:

In addition to May 8, 2017’s official recognition as “Grateful Dead Day” and numerous tribute performances being planned, the band has commemorated the impending anniversary with a new documentary about the legendary performance and is currently streaming 46 minutes from the Barton Hall ’77 show to be officially released for the first time on May 5, 2017, remastered from the lost “Betty boards” by Grammy award winning sound engineer Jeffrey Norman. Listen via the links at the bottom of this post. (UPDATE – Stream Cornell 5/8/77 remastered from the lost tapes in its entirety on YouTube or Spotify).

The crown jewel of the 40th anniversary festivities is its first ever official release both as a 5 LP vinyl set, and as part of a new CD box set May 1977: Get Shown The Light that features not just Barton Hall but also the two preceding show and the next night. In all there’s four complete concerts of peak Dead on 11 discs on the latter. Get Shown The Light will also see the release of the book Cornell ‘77: The Music, The Myth And The Magnificence Of The Grateful Dead’s Concert At Barton Hall by Peter Conners, included with the box as is an in-depth essay by Nicholas Meriwether. 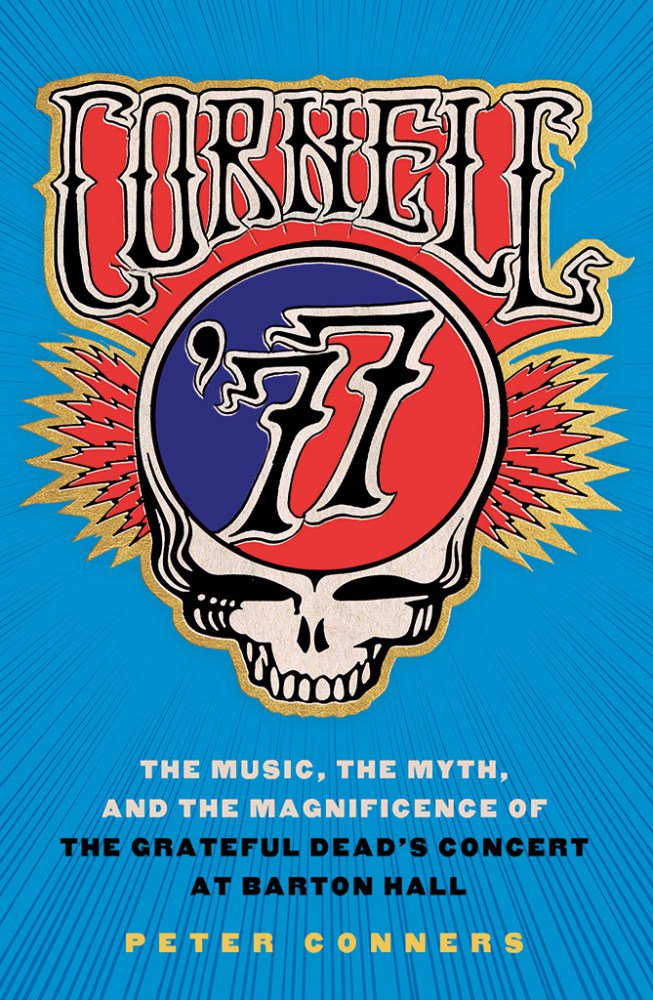 The State Theatre of Ithaca will celebrate the 40th anniversary on Monday, May 8, 2017 (click for tickets) with an acoustic set by Terrapin Station, a local Grateful Dead tribute band, followed by playing of the digitally remastered recording of the show through the State’s brand-new sound system “accompanied” by projections of the band from the era on a big screen. A similar listening party will be hosted at Port Chester’s Capitol Theatre on May 8th. Elsewhere that night the Cornell University Chimes will play Grateful Dead songs on the McGraw Tower bells following Dan Klein’s aforementioned reading of the Tompkins County Legislature proclamation. The Range will host a show featuring upstate Dead tribute band Dark Hollow and Vermont’s Rick Redington and the Luv at 7 p.m. at Cornell University’s Commons. Additionally on May 8th Gratefully Yours will play the 5/8/77 setlist at Albany’s The Hollow Bar and Kitchen. The full setlist will also be recreated on May 19th by The Stolen Faces at Birmingham, Alabama’s Workplay and on May 20th by Pearly Baker’s Best at Peter Conners Cornell ’77 book launch. Also note that Dark Star Orchestra – who recently played the entire 5/8/77 setlist on the opening night of Wanee Festival, April 20th – will play five of the Dead’s May 1977 set lists on the exact date of their 40th anniversaries, though they aren’t revealing which five. 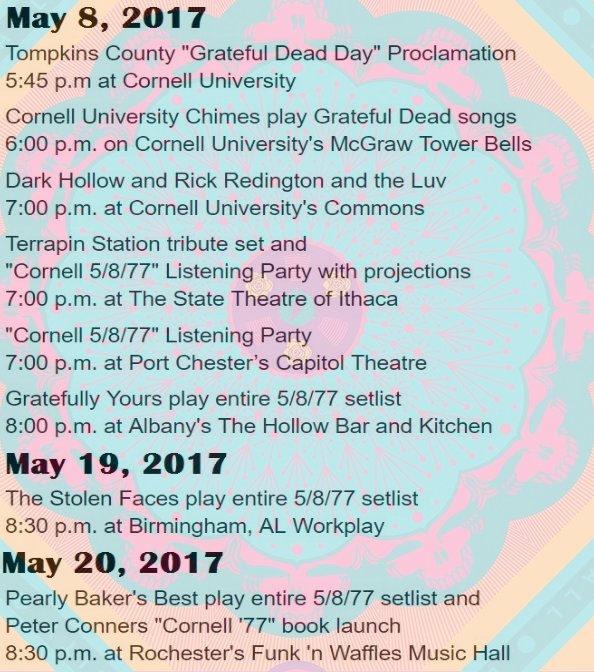 In addition to the aforementioned 5LP set and May 1977: Get Shown The Light box, on May 5th the iconic ’77 Barton Hall show will be released digitally, available on streaming platforms and issued as a three-CD set. Three previews are currently streaming online: a peak “Morning Dew” running 14 minutes, a disco-jammed 16 minute “Dancing in the Streets” and a blazing 16 minute “Not Fade Away.” The band is selling merch for the anniversary, specifically an Ithaca T-shirt and a May ’77 hat. 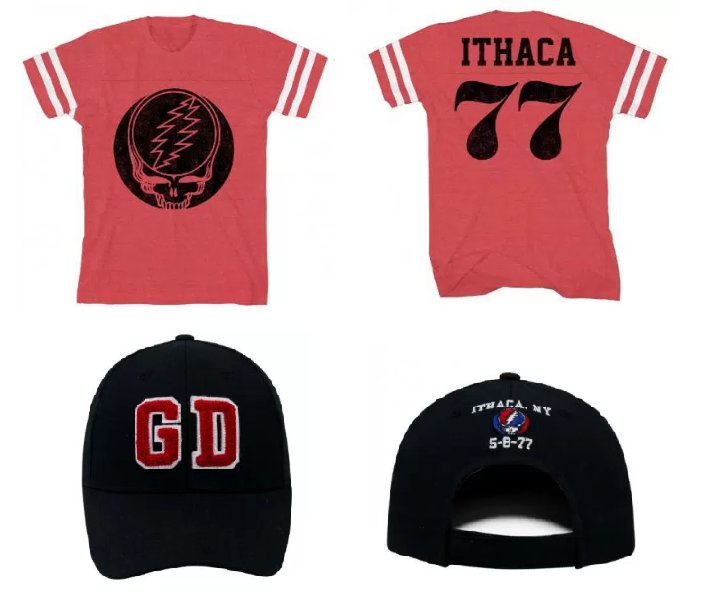