Greatest debut album of all time?

That’s up for debate of course, but the argument is strong for Pink Floyd’s Piper at the Gates of Dawn. Its blend of rock, jazz, folk and blues into a sound that transcends all those genres, combined with its whimsical arrangements, daring improvisations and Syd Barrett’s surreal lyrics was unprecedented for its time and retains its freshness over half a century later. A mono vinyl version of the classic LP will be released as a limited edition premium 12-inch on April 21st for Record Store Day. Remastered by James Guthrie, Joel Plante and Bernie Grundman from the original 1967 mono mix, Legacy Records will press 6000 copies for US release and 15,000 copies for Europe on 180-gram black vinyl as a Record Store Day exclusive. 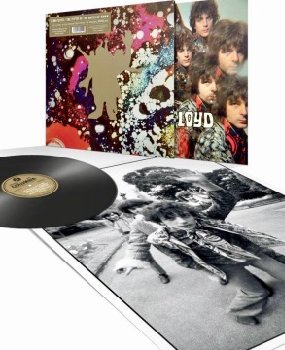 As shown to the right, a new LP cover envelope slips over the standard record sleeve (ie the original, kaleidoscopic album cover photograph taken by Vic Singh – with a prism lens leant to him by George Harrison). Designed by Aubrey Powell of Hipgnosis with Peter Curzon, this new outer card envelope (shown below and to the right) features a gold emboss of the graphic created by Syd Barrett that appeared on the back of the original mono LP. A 540 x 388mm poster of the an original photograph by Colin Prime that inspired Syd’s aforementioned graphic is included inside printed on fine art paper. The package also contains gold and black labels, a gold sticker and a black poly-lined inner record sleeve bag to protect the heavy vinyl disc. 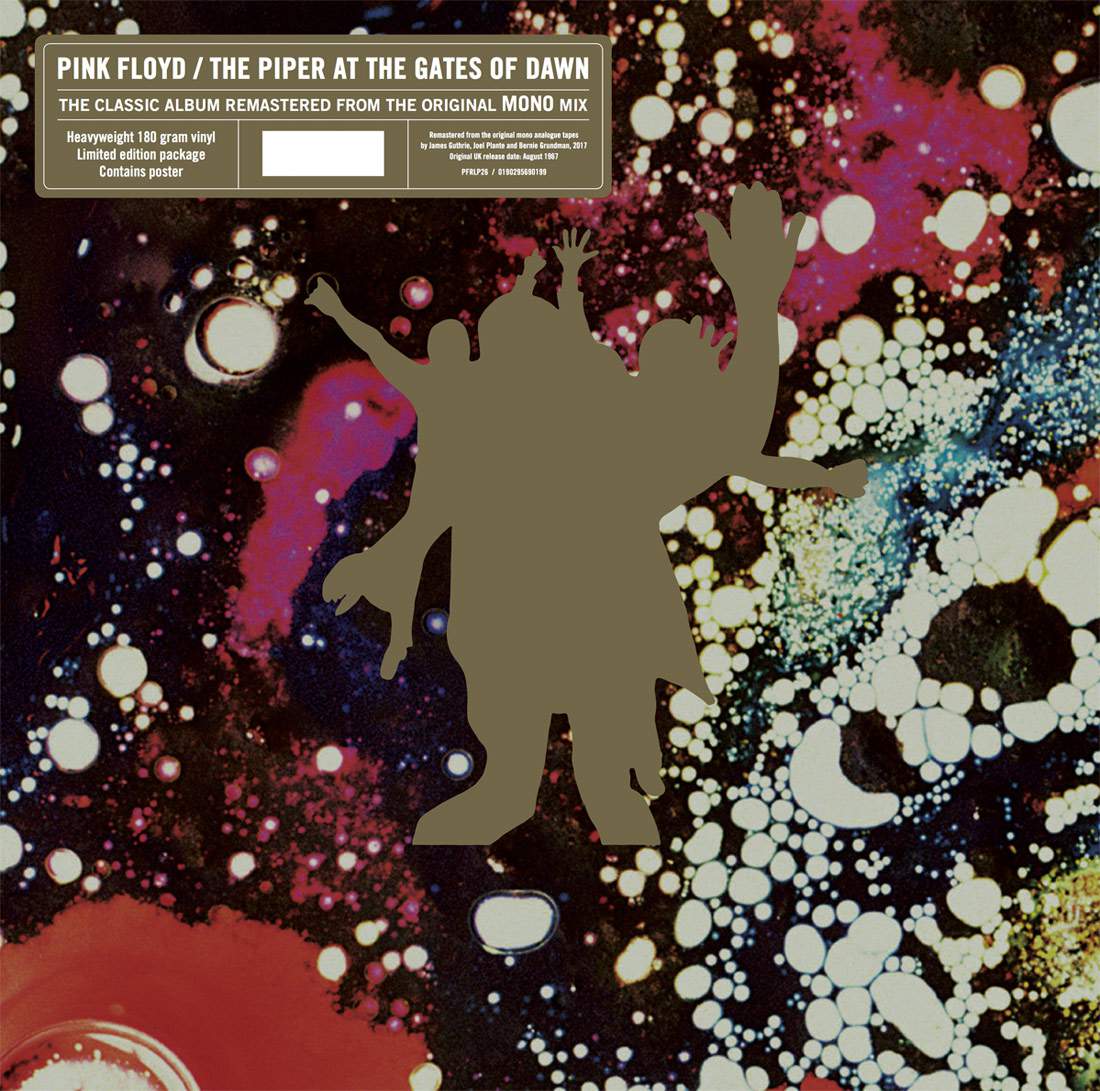 According to several sources, this reissue includes the 11 tracks from the album proper plus the original mono-single mixes of “Arnold Layne,” “Candy And A Current Bun,” “See Emily Play, “Apples And Oranges” and “Paintbox” as well as the first studio session recordings of “Lucy Leave” and “I’m Your King Bee” from December 1965 and an alternate mix of “Candy And A Current Bun.” Considering this is one LP with a list price of $22.98, that’s almost certainly an error. (Pink Floyd’s official website does not specify one way or the other).