On July 3rd and 5th, 1970 The Allman Brothers Band played sweltering performances at the second annual Atlanta Pop Fest, including guest Johnny Winter on “Mountain Jam.” “Statesboro Blues” and “Whipping Post” were immortalized on the 1971 compilation The First Great Rock Festivals Of The Seventies: Isle Of Wight / Atlanta Pop Festival and the entire concerts were officially released in 2003 as Live at the Atlanta International Pop Festival. The blistering sets offer a snapshot the band year before their legendary live album At Fillmore East was recorded. Stream the entire album below. 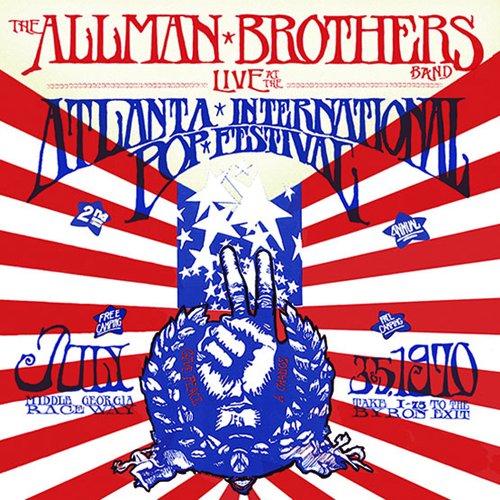 Now these performances are getting the vinyl treatment. Legacy Records will press 3000 copies of Live At The Atlanta Pop Festival out April 21 as a limited edition box set for Record Store Day. Each copy is individually numbered and packaged in an oversize slipcase with an eight page booklet of photos and liner notes. The suggested retail price is $69.98.