“When we were in school, we had a religion teacher, a very serious guy. John said to Pete (Shotten, friend and member of the first band) ‘This teacher is not going to be satisfied, unless we’re all priests. So they went back to Pete’s mother’s shop, she ran a grocery shop. They found strips of white cardboard, and just before the lesson started next time, they walked around and gave all the boys in the class white cardboard – so when the teacher came in, and started marking the register, he looked up and saw the whole class filled with priests.”

“I don’t know how anybody who is interested in music could deny being influenced by John Lennon.”

“The October 9th Central Park screening is free and open to the public on a first-come, first-serve basis. Line up early. Enter at 69th Street and 5th Avenue. Blanket seating, food and drink welcome (no glass, no chairs and no video cameras allowed). Special guest speaker will be singer Lou Reed and radio personality Dennis Elsas, WFUV Radio.”

On October 9th, I will relight IMAGINE PEACE TOWER in Iceland in memory of my late husband John Lennon.

Please ask all your friends to join us by Tweeting your wishes to IMAGINE PEACE TOWER.

You can do this by going to http://IMAGINEPEACETOWER.com where you can also watch the lighting live with us at
8pm GMT = 9pm UK = 3pm NY= midday LA = 5am Japan.

Tell all your friends. Spread the word. Let’s tweet a million wishes for peace for John’s birthday!

Spinner Exclusive: “Released in the UK in 2009 to several British Academy Film Award nominations, ‘Nowhere Boy’ hits screens in America on Oct. 8, one day before the 70th anniversary of Lennon’s birth…The film is directed by conceptual artist Sam Taylor-Wood, perhaps best known for her collaboration (with Henry Bond) on a piece called ’26 October 1993,’ a reimagining of the classic Rolling Stone cover of a naked Lennon wrapped around a clothed Yoko Ono, taken by Annie Leibovitz a few hours before Lennon’s murder in 1980.”

EMI’s global reissue series released this past Tuesday: eight remastered solo albums, expanded two-CD Double Fantasy Stripped Down (new “stripped” mixed, hear it below and get a free download of the new “(Just Like) Starting Over” here), compilation Power to the People: The Hits and the 4 CD Gimme Some Truth.  All of this is in 11-CD John Lennon Signature Box plus 13 previously unreleased home recordings.

In this very special year, which would have seen my husband and lifetime partner John Lennon reach the age of 70, I was surprised that so many musicians from all over the world sent me their ideas of how they were making a tribute to John this year. But I was surprised the most by a call from EMI presenting me with a very ambitious project to get John Lennon’s voice – his singing, his music and his lyrics – out to the world this year. Their serious and voluminous plan was daring. Not only remastering the albums, but also adding unreleased recordings, a book, repackaging, artwork, collages, prints, and well researched essays & liner notes. They have not done anything like this in their company ever. They had such enthusiasm and respect for John’s work, his music and his voice. I immediately dropped everything and joined the effort.

Going to Abbey Road every day and remastering the songs from his individual albums & singles – 121 of them – was very trying as a personal and professional experience. I took the challenge because it was for John. And because I believe in his work. John Lennon, the one who put together a band and coined the word The Beatles, and later freed himself to yet another level of creativity, was a miracle given to this world. I knew then that this was the most important thing I could do this year – to do the best i can do to bring his voice of great power, energy and wisdom to the people now.

His voice could help us change the world for the better that is now in confusion and sadness. Just listening to his magical voice of truth will give each one of us the encouragement and inspiration we need now. GIMME SOME TRUTH. Truth is a serum that is lacking in our lives. I would like to give the power of truth through John’s voice to the politicians of the world now, most of whom are suffering as many of us are – from confusion created by incredible complications the kind the human race has never before encountered.

It was a joyful and painful experience at the same time for me as I worked, since I kept having the urge to tell John in person how much I still respected him and loved him as a fellow musician, listening to what he had done on every turn so effortlessly.

One day, one of the guys came up with an incredible re-mastering of a rough take. He managed to make John’s voice sound like John again by doing a thorough cleaning of the track, which was destroyed in the process of many reissues in the past thirty/forty years. “Hey, that one was too good for you. Maybe John was helping you” – I said it as a kind of reverse compliment to the guy who did it. But it was also true that all the time we were working, I felt that John was with us looking over our shoulders. “John, am I doing right?” I kept asking in the middle of the night when I repeated in my mind about the things I did that day to his work.

It was great to get back together with Jack Douglas in New York and work together on Double Fantasy Stripped Down, which we originally co-produced with John. This new version really allows us to focus our attention on John’s amazing vocals. Technology has advanced so much that, conversely, I wanted to use new techniques to really frame these amazing songs and John’s voice as simply as possible. By stripping down some of the instrumentation, the power of the songs shines through with an enhanced clarity. It was whilst working on the new version of this album that I was hit hardest emotionally, as this was the last album John released before his passing.

I believe strongly that John wanted his voice to come out for the people and for the world, which is feeling the depletion of energy on many levels. Depletion starts in our minds, our spirit and our soul. So wake yourself up by listening to John’s voice. Enjoy. Dance with it in your heart. Keep John close to you. He loves you.

“I worked on John’s remastering note by note, word by word, with the help of Allan Rouses brilliant engineers PaulHicks SeanMagee SimonGibson” 8:30 AM Oct 2nd via SocialOomph http://twitter.com/yokoono/status/26183723362

“Remastering was emotionally hard for me. I felt John was at my side, and when I looked at my side, there was only an empty chair.” 12:30 PM Oct 3rd via SocialOomph http://twitter.com/yokoono/status/26276113296

(warning, not for all those people who got mad about Gaga tweeting pictures of herself playing John’s white piano a few months back)

…and thanks to Yoko, the woman behind almost all of these new projects. “She’s done an incredible job making sure John is an enduring artist of continued relevance,” says Beatles historian Martin Lewis. “She was shabbily treated by the Boomer press, but she’s revered by younger people.” (USA Today) 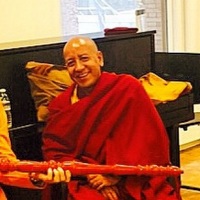