Brian Eno and My Bloody Valentine’s Kevin Shields released a collaborative instrumental sound sculpture last fall called “Only Once Away My Son” (streaming at the bottom of this page) that is now set to be the flip side of a 12″ single, paired with new and unreleased track “The Weight of History.” Officially billed as a double A-side, 5000 copies will be pressed by Opal exclusively for Record Store Day.

Also out Record Store Day (UK only): The Charlatans’ Tim Burgess will release As I Was Now, a 10-year-old unreleased album featuring My Bloody Valentine’s Debbie Googe, Ladyhawke, Josh Hayward (The Horrors), Martin Duffy (Felt/ Primal Scream), and Steffan Halperin (The Chavs/Klaxons). In related odds and ends, My Bloody Valentine will play their first concert since 2013 at Japan’s Sonicmania festival on August 17th and – in Shields words – “one hundred percent” release a new album this year. Shields most recently updated NPR’s Bob Boilen that My Bloody Valentine “started recording a new album over a year ago” and that he doesn’t “want to be constrained to four songs or a certain length or anything. It’s really an EP but it’s a sprawling EP.” Meanwhile Brian Eno has announced Music For Installations, a massive box set of “new, rare, or unreleased” music he has written for installations from 1986 to the present out May 4th from Astralwerks.

The artwork and tracklist for Eno and Shields’ Record Store Day 2018 single is below: 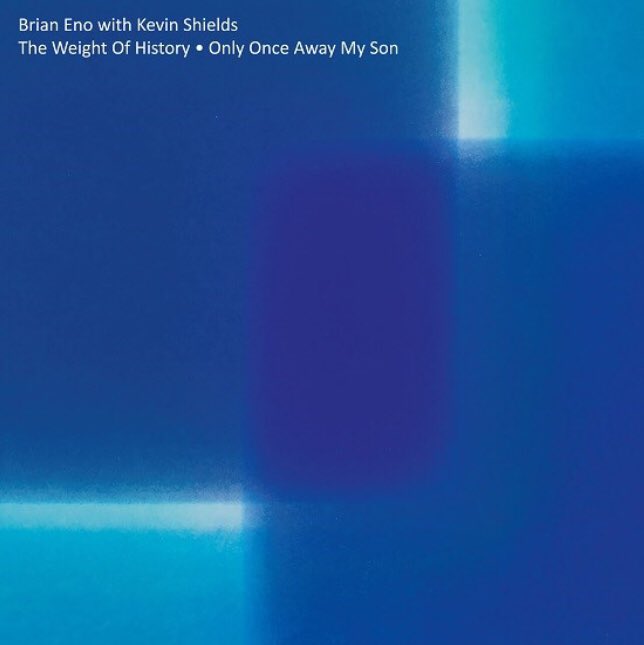 The Weight Of History In Clouds

The Other Side A

Only Once Away My Son