With the Beatles new album Sgt Pepper’s Lonely Hearts Club Band soon-to-be-released (after a then-unheard-of five-months-in-the-making), Brian Epstein hosted a press launch for the LP at his 24 Chapel Street, London house. This was the most famous of Epstein’s parties at the residence, where he lived until his death three months later, and several photographs taken this night are among the most familiar images of the Fab Four of the era. A handpicked guestlist – including DJs Jimmy Savile, Alan Freeman and Kenny Everett and approximately a dozen journalists – were played the still unreleased record and offered champagne, poached salmon, caviar, salad, fruit, cheese, eggs and ham. 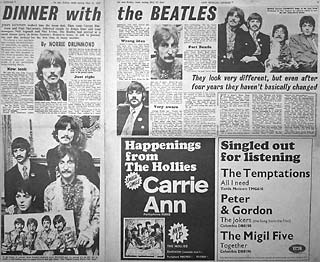 Norrie Drummond reported on the evening in New Musical Express‘ May 27th issue in a piece titled “Dinner with the Beatles.” John Lennon is quoted in Drummond’s story on the changes the band had gone through in the nine months since they had stopped touring and grew out their moptops and faces. “The people who have bought our records in the past must realize that we couldn’t go on making the same type forever,” Lennon says. “We must change and I believe those people know this.” Elsewhere in Drummond’s piece, which can be read in full on beatlesinterviews.org, Lennon says, “I’ve had a lot of time to think and only now am I beginning to realize many of the things I should have known years ago. I’m getting to understand my own feelings. Don’t forget that under this frilly shirt is a hundred-year-old man who’s seen and done so much, but at the same time knowing so little.”

Several photographers also attended, among them Paul’s future wife and Wings bandmate Linda Eastman. Photos from the night show the future couple connecting at the party, having just met four days previous. In her book Sixties: Portrait Of An Era Linda explained how she got invited:

“I took my portfolio over to Brian Epstein’s office and left it with his assistant, Peter Brown… Peter Brown got back in touch and said that Brian had liked my portfolio and invited me to a press launch for Sgt Pepper at Brian’s home… So I went to the press launch where Sgt Pepper was played for the first time to the media, to take my first photographs of The Beatles.” 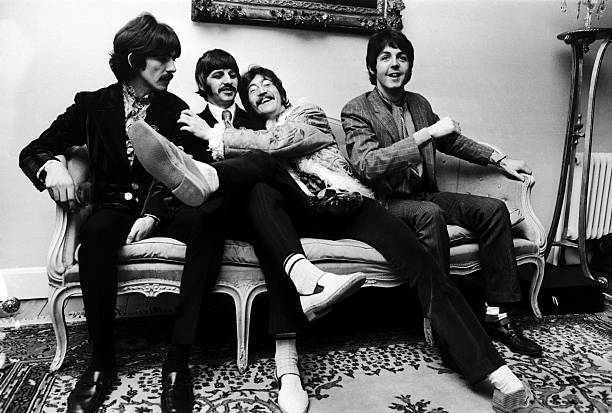 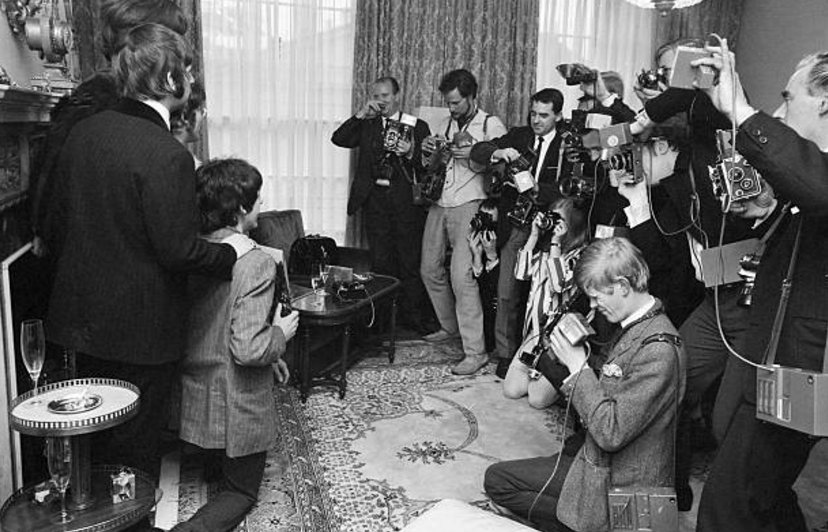 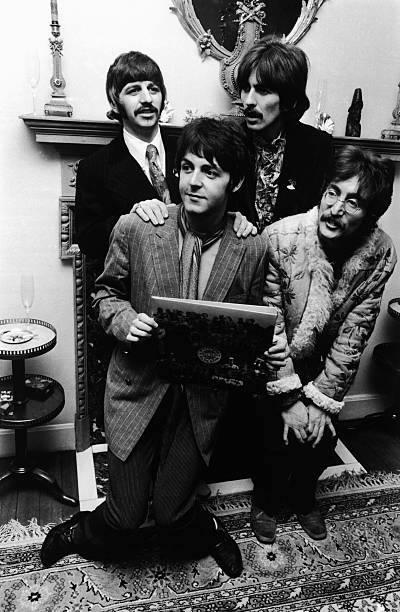 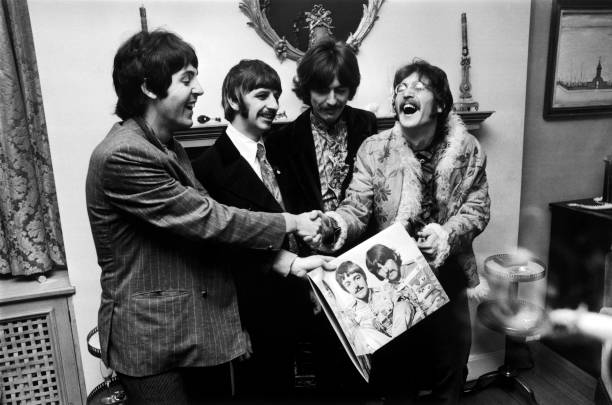 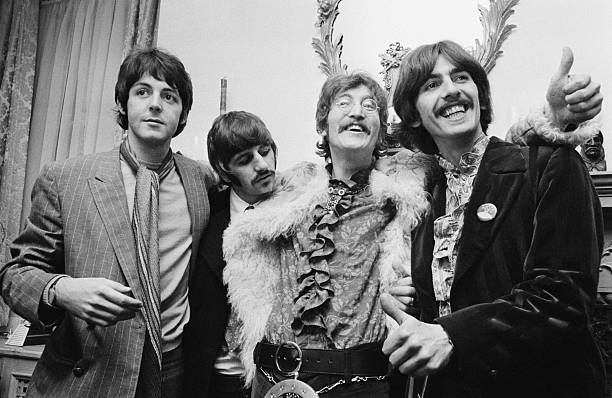 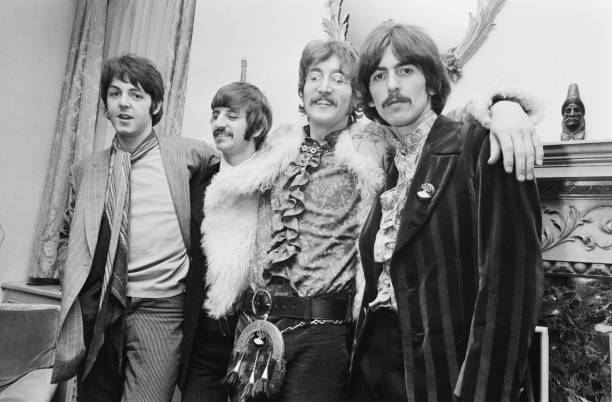 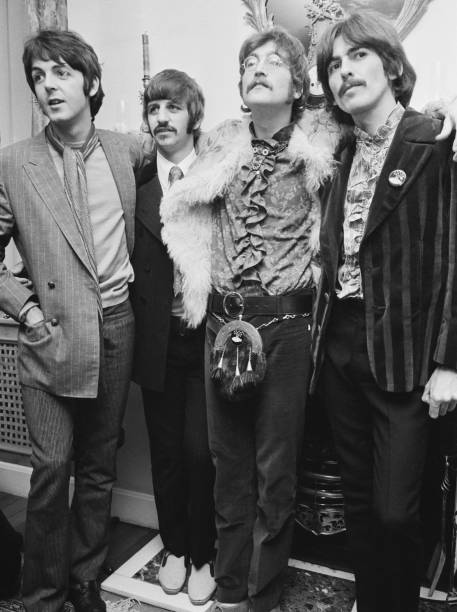 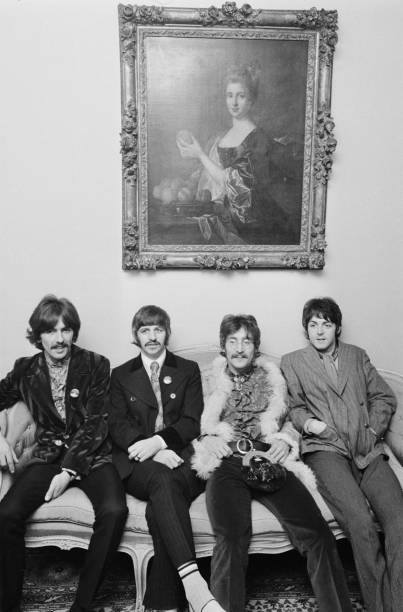 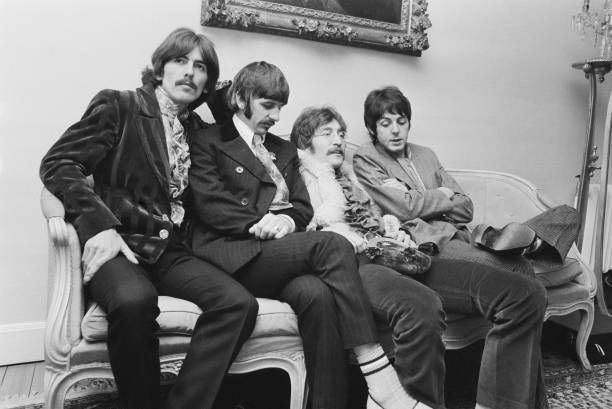 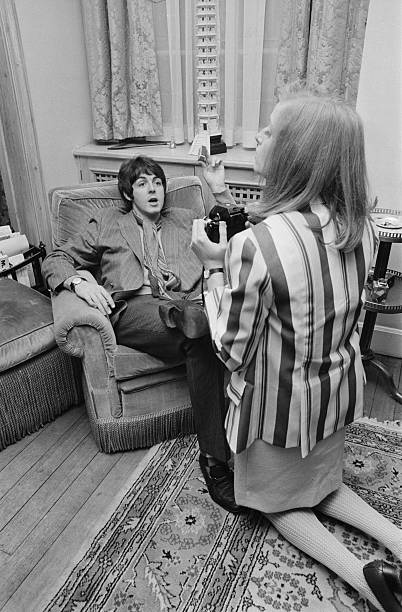 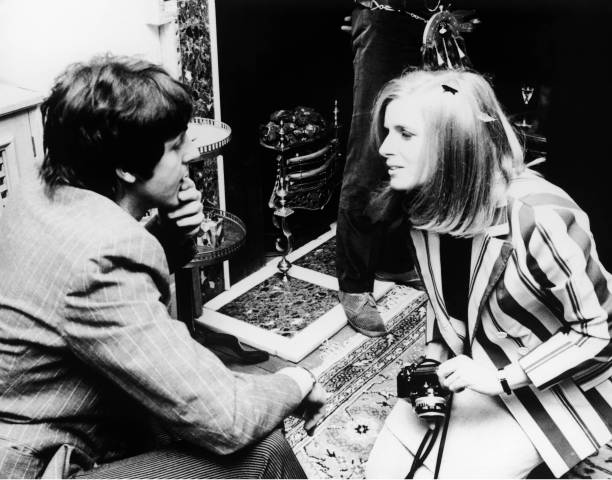 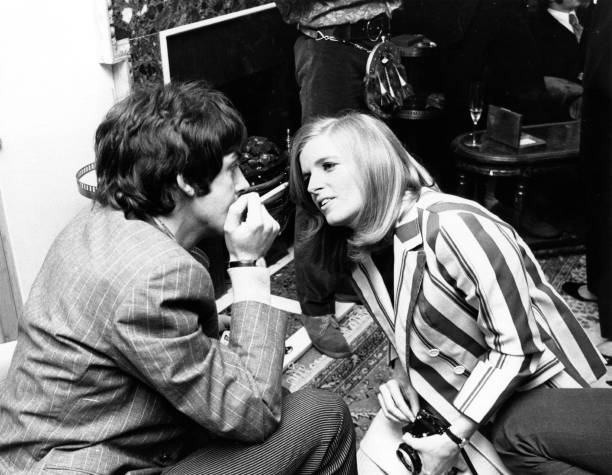 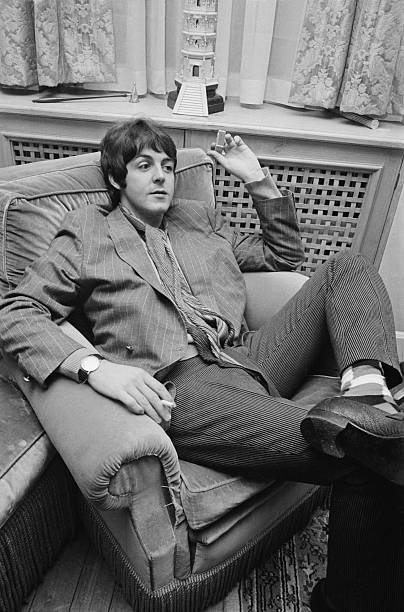 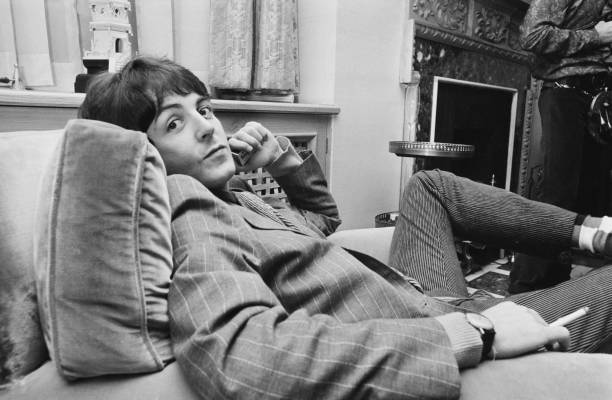 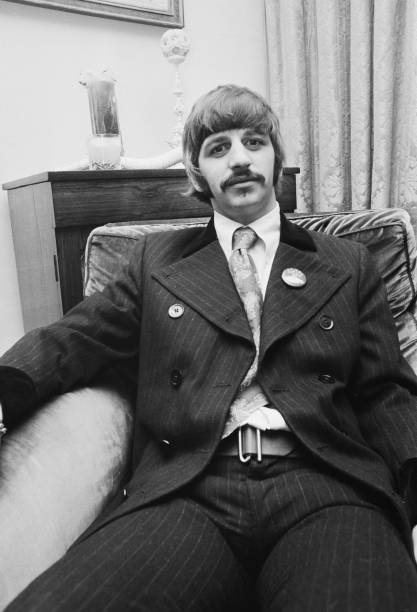 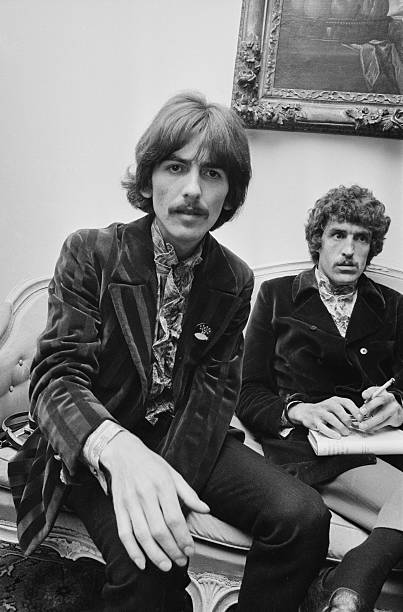 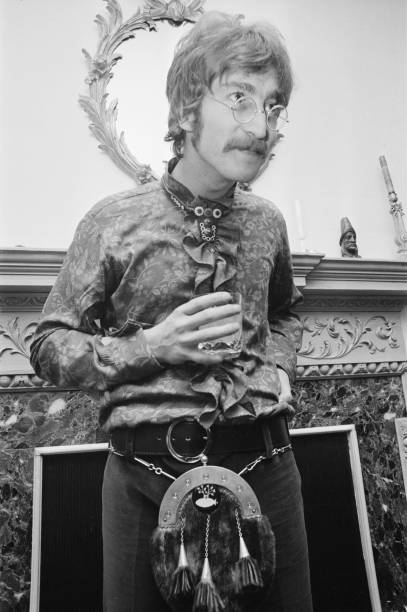 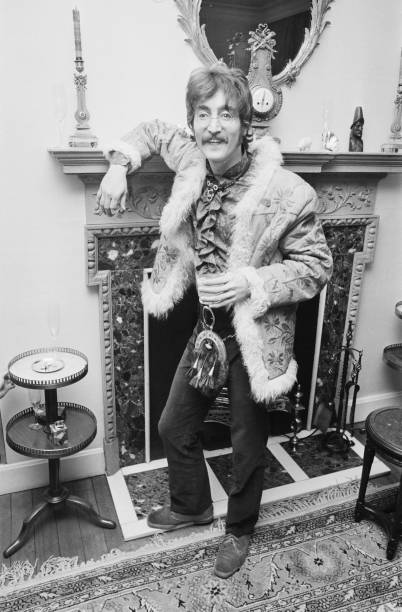 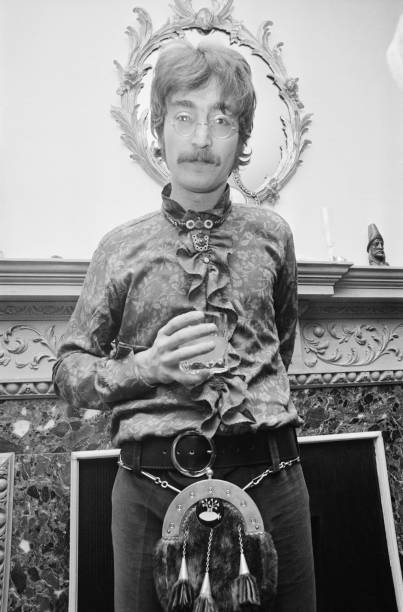 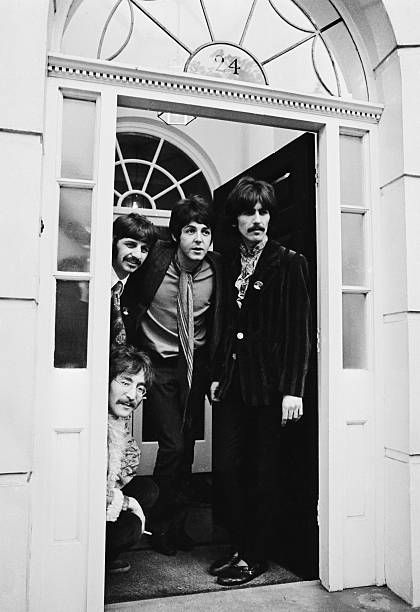 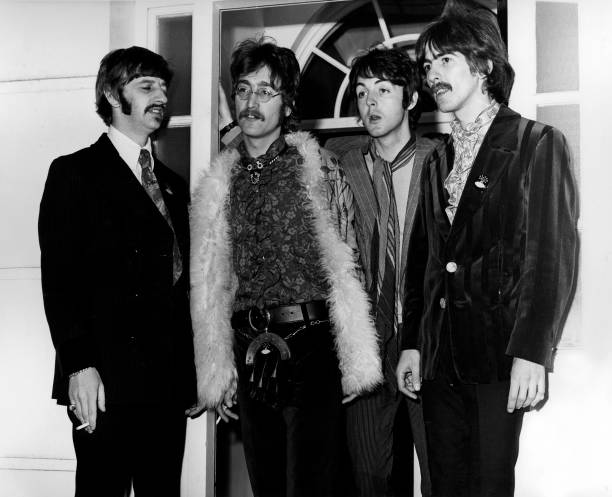 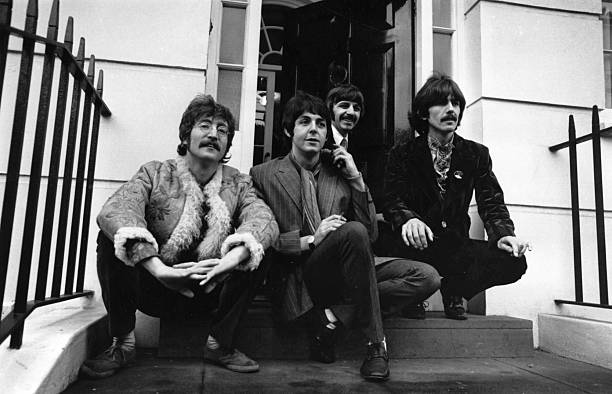