J. Spaceman​ formerly of Spacemen 3 – a.k.a. Jason Pierce of Spiritualized – met Föllakzoid backstage at London’s Electric Ballroom during a Wooden Shjips show a few year’s ago. They became fast friends so when Föllakzoid’s tour came through London in June 2016 they headed into a studio together to record new versions of a couple of their songs. The result: live-in-the-studio recordings of two songs from the Chilean trio’s 2015 album III will be issued April 22nd, one of the most anticipated Record Store Day 2017 releases. A limited edition LP of just 850 on Sacred Bones records, the album cover art and tracklist is below: 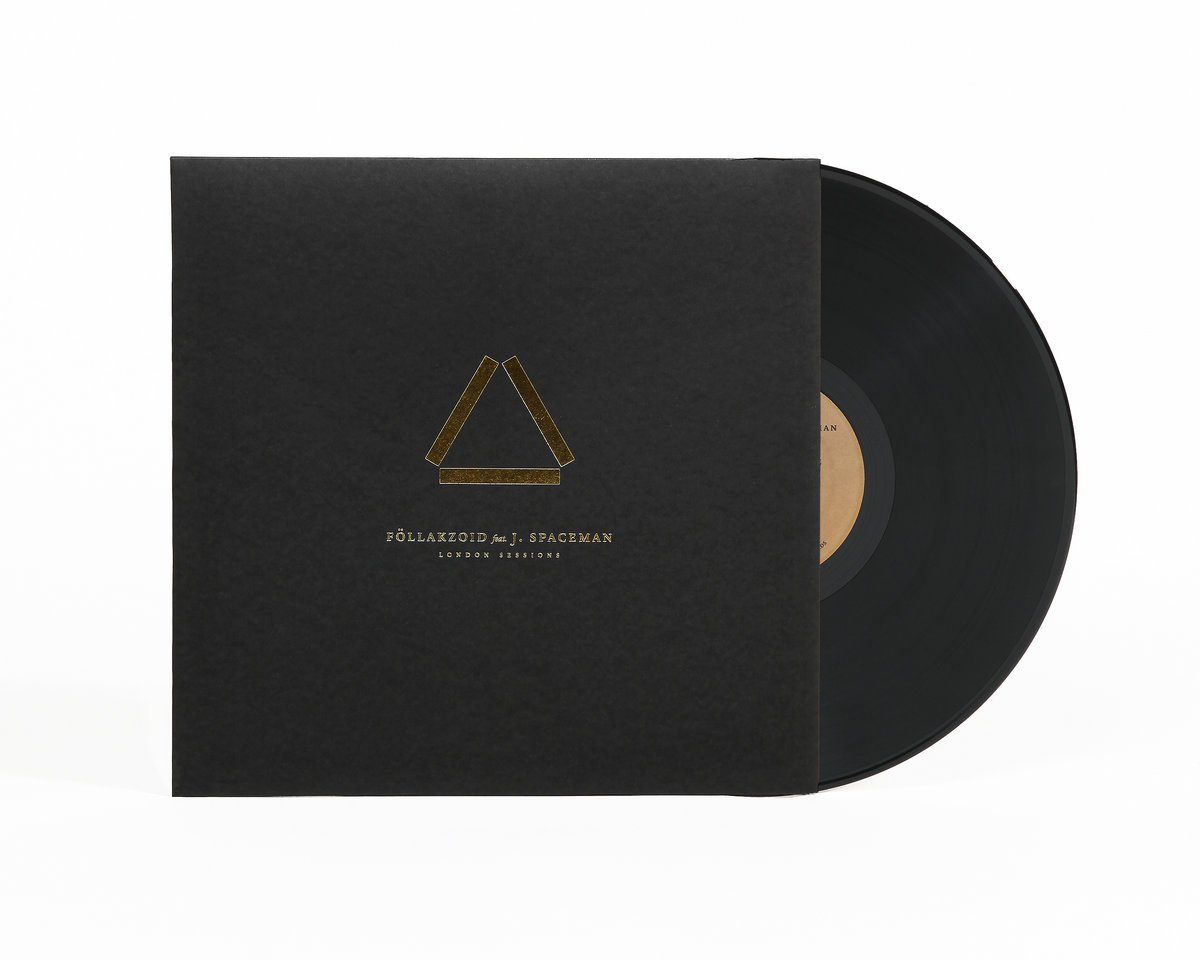 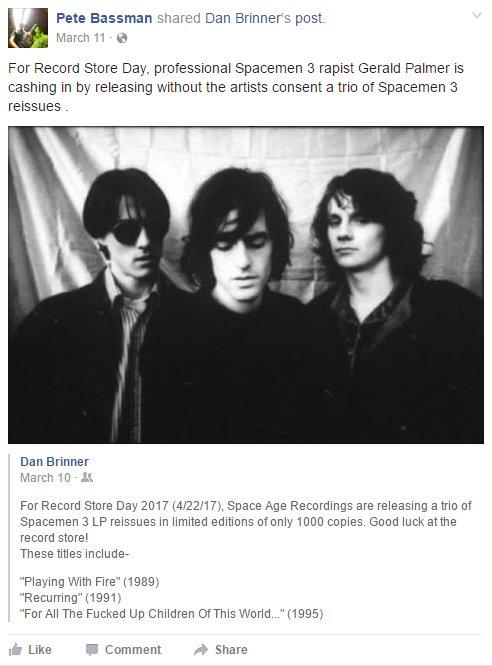 In related news, three Spacemen 3 albums are slated for re-release by Space Age Recordings on Record Store Day in the UK: “Playing With Fire,” “Recurring” and “For All The Fucked Up Children.” It is unclear however if these are authorized releases. Space Age Recordings is run by Gerald Palmer, Spacemen 3’s former manager. Peter Kember – better known as Sonic Boom, Spacemen 3 founding members and mainstay – has posted on numerous sites in recent years alleging Palmer and Space Age Recordings is ripping off the band. Spacemen 3’s on/off/on/off bassist Pete Bain, more commonly known as Pete Bassman, has criticized Palmer online as well, specifically on his Faecbook profile and numerous blogs on his wordpress site. In regards specifically to the three reissues due out Record Store Day 2017, on March 10th Entheo Sounds record store owner Dan Brinner posted news of the 2017 Record Store Day Spacemen 3 reissues. On March 11th Pete Bassman shared the post (captured above), adding “For Record Store Day, professional Spacemen 3 rapist Gerald Palmer is cashing in by releasing without the artists consent a trio of Spacemen 3 reissues.” On March 12th Dan commented on Pete’s share that at the time of his original post he was not aware of the situation with Palmer but since learning of “will definitely NOT be carrying these releases and will discourage our customers from purchasing them.” The next day Dan posted a warning on facebook.com/EntheoSounds, which led to this point. The Future Heart is currently researching these allegation and will have a more detailed post on the situation before Record Store Day.