UPDATE – June 18, 2015
Mercury Rev confirmed The Light In You
release date, tracklist, and other details. 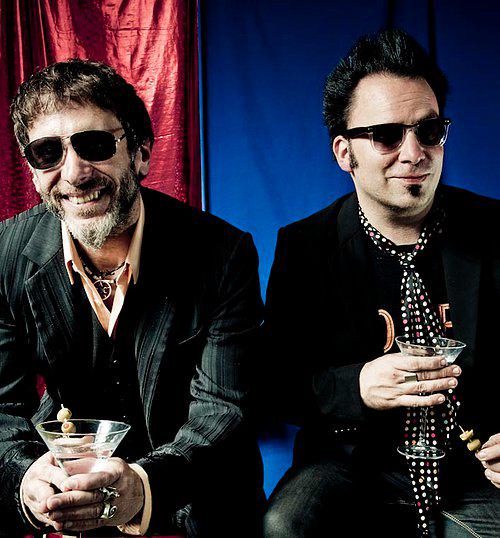 Following a recent tease on Facebook, Mercury Rev frontman Jonathan Donahue revealed the band’s new studio album will be released this year in “early Autumn, the fairest of the seasons.”

Recording sessions for the as-yet untitled record – Rev’s first since 2008’s Snowflake Midnight and eighth overall – started in the fall of 2013 with Carlos Anthony Molina at his Catskills studio and with Dave Fridmann at his Tarbox Road Studios near Fredonia, as previously posted about in fuller detail here. Donahue, Grasshopper and Molina returned to Tarbox for more recording on February 19, 2014, with numerous subsequent sessions there and at Scott Petito’s NRS Studios in the year following – including some with Ken Stringfellow (The Posies, Big Star). Mixing began at White Light last November. During the making of the album Grasshopper became a father, and Jonathan suggested heavier touring is possibly on the horizon:

“So even as we now put the final brush strokes on the new LP the clutch remains engaged in our consciousnessessssssss on climbing back into the Econo van and making our way west. and South and north and up down in and around every jug handle between Bangor and San Diego…In so many ‘less’ words, I’m really looking forward next year to less rambling online and much more rambling…on the road.”

Photos from the 2013 sessions and other details from the making of the album are here. Below recap the 2014-2015 sessions as documented by Grasshopper’s tweets:

Day 3 at Tarbox–I think we have a Gold Record Here! pic.twitter.com/Nngsr8RbmR

@PottyProcky Nothing firm yet, but working on other shows for summer. Also working on new album.

Jonathan & I are headed over to Paris in mid-July to record stuff for our new L.P. with our friend Ken Stringfellow #Posies #REM #BigStar!

I am a dad. Here is Donovan!! pic.twitter.com/IKqI7DdN8F 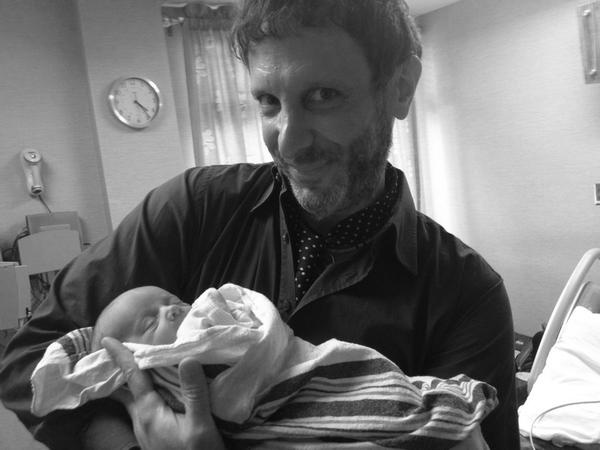 Now the Ramones came on and he's flipping the bird pic.twitter.com/wTi645lGzh

Red light is on… pic.twitter.com/JTdVNWyHQj

Laid down some great grooves yesterday, back in the studio next week… pic.twitter.com/gWJb2IDpDV

"If I live, I will kill you, if I die, I forgive you" pic.twitter.com/BQsA50m8NW

Okay, back to Sitar… pic.twitter.com/QmdLrHV6fR

Ken Stringfellow and I working out some harmonies at NRS, Catskill pic.twitter.com/zrj9YZbU8i

Jonathan & I at NRS pic.twitter.com/RSzt0Yxdcl

Ken Stringfellow and I listening back to our Jersey Boy auditions pic.twitter.com/92gCjo5bSr

A big thanks to Ken, he is a great musician, added so many great ideas! pic.twitter.com/ucb4Tnn4ct

Back in the studio. Where's Ken Stringfellow when you need him? pic.twitter.com/fZznjZQag4

Shake it, shake it… pic.twitter.com/cZERqXpGSd

Space is he place. pic.twitter.com/1jIZukiLTo

Jonathan & I listening to the stars and sitars pic.twitter.com/f0e6OiwZeD

Thanks to Beth Reineke at NRS for the photos and feeding the birds yesterday! Scott Petito & I at the API 1608. pic.twitter.com/edY0rBUO8h

In the studio, Carlos and Jonathan #WhiteLight pic.twitter.com/kW1Ldiejkp

And a little ba-boom! pic.twitter.com/2mdJsayU6m