There’s a lot of music on TV this weekend, including Palladia’s broadcasts of The Grateful Dead Movie, Warren Haynes: Live at The Moody Theater, Umphrey’s McGee: Live from The Tabernacle and the première of Red Hot Chili Peppers – Live From The Basement tomorrow; The National’s first appearance on Saturday Night Live and a re-run of Bon Iver on Austin City Limits episode (taped in April 2012, and premiered that April).

Mike’s first tour with his solo group since 2011 kicked off last Friday. In addition to his new songs and a few Phish favs (“Sugar Shack,” Wingsuit’s “555”) and rarities (“Spock’s Brain”) and a new neon light effects, Mike and his five- piece band have also colored their recent sets with Talking Heads’ “Cities” and – a bit more surprising though completely apt – The Flaming Lips’ “Are You A Hypnotist??”

Set the DVR for Red Hot Chili Peppers’ Live From The Basement on Palladia Saturday at 9PM and The National on Saturday Night Live at 11:30PM. Additionally – fresh off his seventh SNL appearance last weekend – Beck will be the musical guest on The Tonight Show Starring Jimmy Fallon on March 12th.  Actually, Beck’s segment was taped on February 28th, the day before his return to Saturday Night Live. In any case, tune in to The Tonight Show next Wednesday to catch Beck. Broken Bells played “Holding On for Life” on the same show tonight (UPDATE – watch on hulu). Also next week Jimmy Kimmel is traveling to Austin for special SXSW tapings of Jimmy Kimmel Live!  A limited number of wristbands to attend the tapings will be available to SXSW registrants and wristband holders. Monday night’s show is open to all badge types. 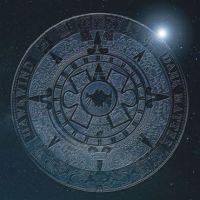