There are numerous new releases streaming promotionally right now. White Denim’s Corsicana Lemonade, Wooden Shjips’ Back To Land,  Midlake’s Antiphon, Grizzly Bear’s Shields: B-Sides, Kronos Quartet and Bryce Dessner’s Aheym, Cave’s Threace, Okkervil River’s The Silver Gymnasium, Cut Copy’s Free Your Mind,  Melvins’ Tres Cabrones, Black Flag’s What The… and The Flaming Lips’ Peace Sword are some of the standouts (click the links to listen). That’s in addition to these slightly older streams.  But if you only listen to one new album make it Cate Le Bon’s Mug Museum.

Mug Museuem’s oddball delights never cease, not even as Cate digs deep to touch upon less than desirable situations.  In US shops tomorrow (streaming for free here and downloadable purchase here), a limited number of pre-sale copies were sold in bundles with mugs hand-made by Cate!  Watch her at work on those in the “Are You With Me Now?” video released today.  It’s below followed by a virtual scrapbook of the glowing press Mug Museum has already received.

“‘Mug Museum’ is a heart-breaking album inspired by the passing of its author’s grandmother, yet Cate Le Bon makes it shine with brilliant, childlike wonder. Opener ‘I Can’t Help You’ is like a Fisher Price Camera Obscura, ‘Sisters’ and ‘Cuckoo Through The Walls’ are kindergarten krautrock and her collaboration with Perfume Genius, ‘I Think I Knew’, casts the pair as the loveliest Blue Peter presenters the show’s never had. Psychedelic leanings and Le Bon’s fragile Welsh lilt make ‘Mug Museum’ a typically unusual listen, but its sincerity shines throughout, finding beauty in the strangest, sometimes saddest of places.”
–The Fly

“…Le Bon’s music conjures a lot of and his band in late-’70s New York City.  The comparison especially holds in the guitar lines — some of which come from Le Bon and some of which come from her partner H. Hawkline — but where Television could feel angry, the Welsh singer sounds sultrier, with a bit more resignation to her voice. Nico of is another more obvious comparison, and one that may well exhaust Le Bon by now, but it’s a good place to start; Le Bon’s Welsh accent sets her phrasing apart from other singers the way Nico’s German accent did.  For all the comparisons, though, Le Bon is no follower: She’s a strong songwriter of often-sad songs about place and family and pets — dead ones in particular — and, of course, relationships...” – NPR

“...The opening song ‘I Can’t Help You’ is now prime Cate le Bon material – built on a close to one-note, angular guitar riff, she scatters ideas and melodies over the top; soft horns swooping in to round the corners of her tangled guitar-battering in the choruses.  Songs like this – along with plenty of others on Mug Museum – find le Bon synthesising her recent explorations into new musical territories into something much more unified. CYRK tended to take entire songs to play around with a new idea – taking three minutes to enjoy a rocking stomp; and another song entirely to play around with more abstracted noise collages. But on Mug Museum, she frequently succeeds in lacing disparate musical ideas throughout all of her songs rather than addressing them in turn, making her composition much richer….With ‘Duke’, for instance, Cate takes a much more successfully fleshed out vocal line, and finds ways to more satisfyingly interact with her busier arrangements – beating upstream against a syncopated snare on the bridge, and pushing with the swell of an organ on the chorus’ climax. And at that final climax, Cate strains her way into a series of ascending high notes clearly at the outer edges of her range. Not everyone would have the heart to attempt a move like that, and even fewer would leave it in the finished recording. But for Cate le Bon, it’s a perfect example of the charming earnestness which makes even her most underdeveloped material a pleasure to listen to.” – Drowned in Sound

“…Le Bon’s music has a seasick dissonance that plays against the shiny exuberance of her baroque melodies and the decadence of her Nico-like voice. The guitars especially sound like they’re about to slip out of tune as the songs shift like a kaleidoscope. Enlisting producer Noah Georgeson (known for his work with Devendra Banhart and Joanna Newsom), Le Bon gives these songs a crisp production. She kicks into overdrive on the propulsive ‘Wild.’”
-Boston Globe

Speaking of writing great tunes, I also got a sneak peak of the new @CateLeBon album. Words fail me at describing the awesomeness. 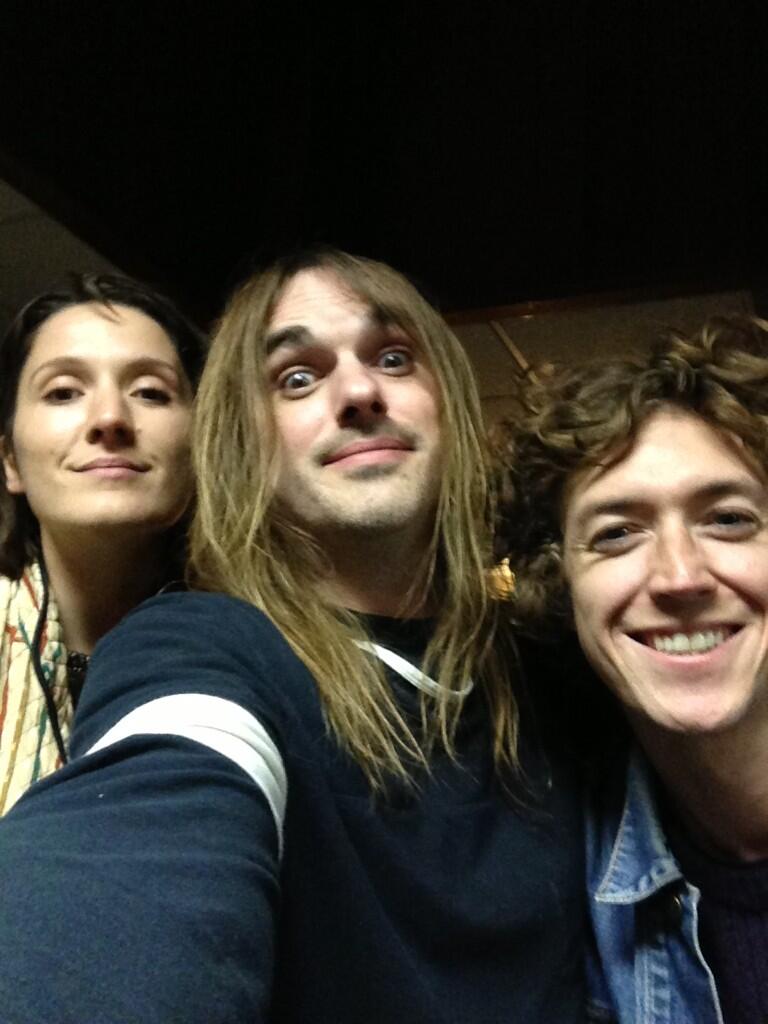