Synopsis: When a young  hipster is hired at the offices of Dunder Mifflin manager Michael Scott (Steve Carell) tries to paint a hippie picture of his domain, but his jokes keep phalling phlat. Then, worse, his supervisor from the corporate office tells him that his branch may be out-of-touch (Michael didn’t even know who that band “The Suburbs” was until they won Album of the Year at The Grammys). Making a characteristically bad leadership decision, Michael decides to release a newletter album, but it quickly leaks.  Meanwhile, Dwight (Rainn Wilson) is spotted by Google maps in an outdoor bathtub and sales rep Jim (John Krasinski) builds office morale by getting everyone together to play The Flaming Lips’ “YouTube Symphony”.

Seriously, The Atlantic‘s associate editors and interns headed to their library to try The Flaming Lips’ experiment and – as with all experiments worth trying – learned a few unexpected lessons along the way.  Read all about that at theatlantic.com/technology/3-tech-lessons. 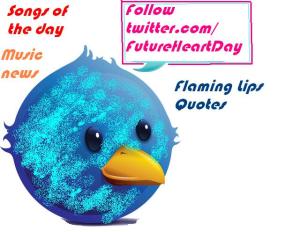