“When I hear astrological words, like ‘Aquarius,’ they do conjure something.”

-Wayne Coyne quoted by Jaan Uhelszki, “Into the Mystic: A Psychic Investigation into the Mind of The Flaming Lips’ Wayne Coyne,” Relix, June 2010, page 49-50

The previously mentioned June issue of Relix with Wayne Coyne (blowing bubbles) and MGMT on the cover is now on newsstands.  Jaan Uhelszki’s lead story, “Into the Mystic: A Psychic Investigation Into the Mind of The Flaming Lips’ Wayne Coyne,” shines in the tradition of psychologically-curious participatory journalism she established in the ‘70s (with her personality-revealing profiles for CREEM, i.e. her illustrious August 1975 expose, “I Dreamed I Was Onstage With KISS In My Maidenform Bra”).

Jaan – currently Relix’s Editor-at-Large and arguably the only seminal writer from the formative years of rock journalism still penning profiles and critiques with cutting edge curiosity – has written some of the most illuminating and unique articles on The Flaming Lips (with whom she seems to have an excellent relationship) including the cover story for the May 2005 issue of Harp.  In fact, this recent Relix article comes off like an unofficial sequel to that Harp article.

In the new piece Jaan recounts a discussion on astrology with Wayne and his wife Michelle at lunch on Valentine’s Day 2005 (presumably in preparation of the Harp story).  She made a bet with Wayne “about a certain part of KISS bassist Gene Simmons anatomy,” Wayne lost, then failed to live up to his end – seeing a psychic… so Jaan went to “San Francisco-based intuitive astrologer John Roddy for an analysis” on Coyne’s behalf.  Pick up the June Relix to read Roddy’s response –and Wayne’s reply to it, including why there are so many astrological titles on Embryonic – plus one of the better of many recent MGMT articles, Relix’s “10th Annual Festival Guide,” and much more. 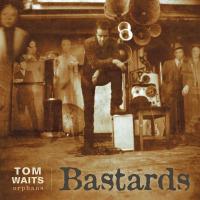