The Hangout Festival returns to Gulf Shores, Alabama for its third year on May 18-20, 2012.  Unable to make it?  Watch a live stream at myspace.

Announced on February 7th, the 2012 Hangout Festival line-up is headlined by the Jack White, The Red Hot Chili Peppers and the Dave Matthews Band.  Hangout will be one of several fests Dr. Dog play supporting their fantastic album from earlier this year, Be The Void (they’ll also be at Lollapalooza, Outside Lands Music Festival and St Louis’ LouFest).  Both The Flaming Lips and Dawes play Hangout and Atlanta’s Party in the Park this weekend (the latter also play Nelsonville Music Festival – yep, three in one weekend – and are essentially the busiest band on the festival scene: Mountain Jam, Bonnaroo, Clearwater, Lollapalooza, LouFest and more all to come).  At Hangout the Lips are performing Pink Floyd’s Dark Side of the Moon with Phantogram.

Click here for the full Hangout schedule (times recently updated to minimize conflicts).  Click here for an overview of spring 2012 music festivals.  The Hangout webcast schedule is below (All times in CDT):

The Future Heart’s commentary on last year’s fest – which also featured The Flaming Lips, and was webcast by Spin – is here.  2011’s lineup gave the impression they were aiming to be the Austin City Limits of the springtime, on a beach.  The 2012 lineup by contrast is more in line with Dave Matthews Caravans from last summer…but with white sand and palm trees… 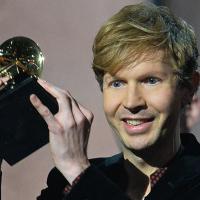