Record Store Day has rapidly grown since 2007 from being simply a celebration of independent shops to a much anticipated annual tradition for music fans and vinyl collectors every April (and a crucial day for indie businesses). In 2010 a second annual event was inaugurated on Black Friday. At first a much smaller event than its April parent, Black Friday has had a surge in its volume of releases the past few years – which brings us to 2015’s list. Though the full official list won’t be released until later this month, numerous items have been confirmed either by the artist, label or distributor. Among them: releases by Beck, Nirvana, Spoon, Ween, Kinks, Zombies, Zappa, Hendrix, Uncle Tupelo, Ty Segall, Nine Inch Nails, Ariel Pink, Joan Jett, Big Star, Lush, Jeff Beck, The Sonics and many more. Details on the most anticipated of these are below, followed by a longer (albeit incomplete) list of Black Friday releases (skip to the Black Friday release list by clicking here). Check back over the next couple weeks for additions to the list as they become known and follow twitter.com/TheFutureHeart and facebook.com/TheFutureHeart for updates.

Who more apt than Ariel Pink to release a pink 7″ shaped like a ninja star? He’ll do just that this Black Friday with an indie-retail exclusive (meaning it will only be sold at independent shops) limited to just 800 copies pairing “I Need A Minute” and a collaboration with Dev Hynes. Above stream “I Need A Minute,” the closing song from the film Heaven Knows What.

Beck issued his recent smash “Dreams” on 12” black vinyl in August. Come this Black Friday they’ll be a new, indie-exclusive “Dreams” 12″, this one on blue vinyl with a “puffy sleeve” and “embossed jacket.” The earlier released EP paired the original hit recording with instrumental and a capella versions of the song. It has yet to be revealed if the same tracks are on the Black Friday 12″, or if it’s a full out new EP. Check back for more details as they become known.

The soundtrack to 2003 Civil War drama Cold Mountain (Jude Law, Nicole Kidman, Renée Zellweger) is among the more ambitious soundtracks of recent memory. Producer T Bone Burnett worked for over a year on the project, collaborating with scholar Tim Eriksen, co-writing “Scarlet Tide” with Elvis Costello, and commissioning Sting to write “You Will Be My Ain True Love” (both songs were performed by Alison Krauss, and both were subsequently nominated for the Academy Award for Best Original Song and the Grammy Award for Best Song Written for Visual Media). The soundtrack features five tracks by Jack White (who was also cast in the film as a mandolin player named Georgia). This Black Friday the soundtrack will be issued on vinyl for the first time as a double LP on 180 gram. 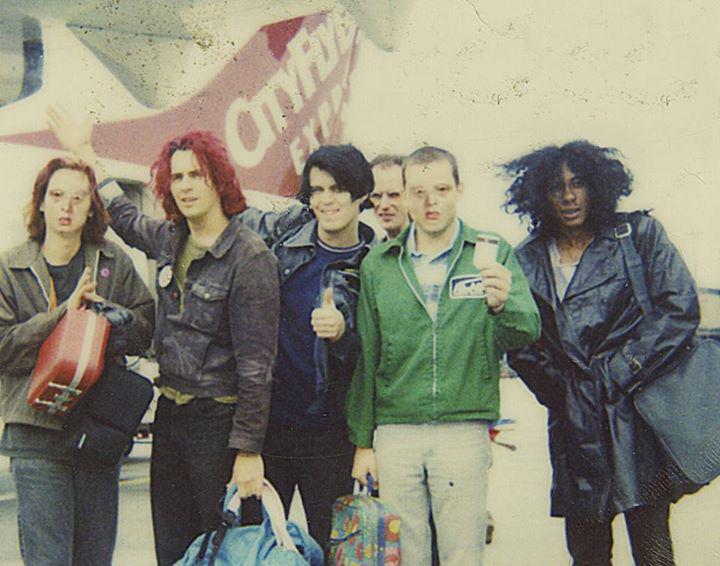 It wouldn’t be Record Store Day or Black Friday without some goodies from our fwends The Flaming Lips. This year sees the release of 3 CD – or numbered, color vinyl on 5 LP – set Heady Nuggs: 20 Years After Clouds Taste Metallic 1994-1997. The second and final album by the Lips classic mid-’90s line-up (which included Ronald Jones), this new box edition of Clouds Taste Metallic includes 1994 EP Due To High Expectations The Flaming Lips Are Providing Needles For Your Balloons and a collection of other mid-’90s odds and sods (“It Was A Very Good Year,” “Sun Arise” and “Nobody Told Me” from Sinatra, Alice Cooper and John Lennon tribute albums; T-Rex’s “Ballrooms of Mars;” “Hot Day” from the SubUrbia soundtrack; “Magician Vs The Headache” and “She Don’t Use Jelly” live at KJ103) on CD 2; and the Lips’ May 10, 1996 Seattle show Moe’s on CD 3. The latter, long loved in bootlegged form (especially for its dynamic duo finale of the rarely performed album track classics “Love Yer Brain” and “Placebo Headwound”), marks the first ever official release of any mid-’90s concert by The Flaming Lips. There’s several bundle options for the box including various mid-’90s posters and T-shirts, video updates from the band, a digital download of the 1996 concert and a record sleeve autographed by Wayne Coyne (details at flaminglips.warnerbrosrecords.com). Also note: it has yet to be confirmed whether this is an official RSD Black Friday release, or just a deluxe box released on Black Friday.

Yoko Ono and The Flaming Lips’ remake of Plastic Ono Band Christmas standard “Happy Xmas (War Is Over)” – originally released digitally last year – is out on vinyl this Black Friday as a 7″ on Sean Lennon’s Chimera imprint.

In somewhat related news, Lips drummer Matt Duckworth’s other band Stardeath and White Dwarfs (fronted by Dennis Coyne, Wayne’s nephew) also has a Black Friday release, a collaboration with Casket Girls titled “What Keeps You Up At Night.” Casket Girls is one of many projects by Black Moth Super Rainbow guitarist Ryan Graveface (also of Dreamend, etc). This indie-retail exclusive 12″ features a B-side etching and will be issues by Ryan’s label, Graveface Records. 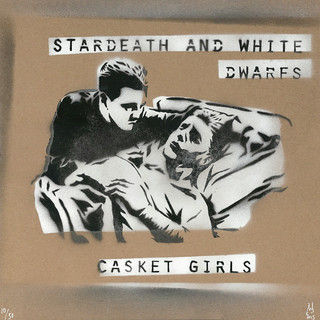 There’s a Nirvana live LP curiously listed by distributors for Black Friday 2015 as Pat O’Brian Pavillion, Del Mar, CA, December 26th, 1991. The reason this is curious: there’s no record of Nirvana playing a show on the historically significant day after Christmas ’91 (the date the dissolution of the Soviet Union was formally enacted), though Nirvana did play a show at the same venue on December 28th that is well-known from bootlegs of its FM broadcast and from being one of the gigs featured on 1996 live comp From the Muddy Banks of the Wishkah. It seems a typo in the distributor list is the explanation for this curiosity. Additionally, as with several other items, it is unclear at this time whether this is an official Record Store Day Black Friday release, or just a release on Black Friday. Check back: we’ll know for sure about the typo and RSD status within the next couple weeks. In the meantime, here’s that FM broadcast: 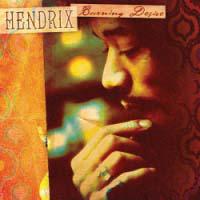 Studio jams and rough takes that Jimi Hendrix recorded at his November 7, 1969 and January 7 and 23, 1970 sessions with Buddy Miles and Billy Cox (aka Band of Gypsys) were compiled by Dagger Records and released in 2006 as Burning Desire. This compilation will be released on vinyl for the first time as an indie-retail exclusive, 150 gram double LP on Black Friday. The first 5000 will be numbered.

Since 1999 the Vitamin String Quartet has released hundreds of albums of their arrangements of music by Hendrix, The Beatles, Muse, Led Zeppelin, Lady Gaga, The Flaming Lips, Black Sabbath, The Smashing Pumpkins, Iron Maiden, the music of Star Wars and much more. Most of their albums are “best of” tributes, though in recent years they’ve increasingly remade entire classic albums as string quartets, including Weezer’s Pinkerton, Pink Floyd’s Dark Side Of The Moon, Radiohead’s In Rainbows and Green Day’s American Idiot. Modest Mouse’s The Moon and Antarctica is the latest classic album to get the full cover treatment: 1,500 copies on 180-gram vinyl will be released Black Friday.

“Deerhoof are happy to announce the release of Fever 121614. With Satomi’s anime superhero alter ego in full swing, like a pint­-size dancing drill sergeant; with Ed’s neon pink guitar ablaze; with Greg maniacally smiling, miming, and cajoling walls of racket from the ruins of his drums; with John hacking, mumbling incoherently, and appearing generally possessed by some unknowable and truly unsavory force.”

Spoon’s cover of The Cramps’ “TV Set” from the recent Poltergeist soundtrack will be out on 10” colored vinyl. This indie-exclusive will include an unused Spoon song for Poltergeist on the flip.

2006’s Live Trax Volume 5 by Dave Matthews Band will also be released on vinyl this Black Friday. Recorded August 23, 1995 at Meadow Brook Music Festival in Rochester Hills, MI during the Under the Table and Dreaming tour, this show captures the band as they ascended to being the most popular live band of their generation. 2000 copies of this 4 LP vinyl set will be pressed on 180 gram pink vinyl.

The Zombies The BBC Radio Sessions compiles the complete recordings of the band for the broadcasting company for the first time, including previously unissued interviews and songs.

The music, life and legacy of legendary jazz fusion bass guitarist Jaco Pastorius gets the full length documentary treatment in Jaco, a new film produced by Metallica bassist Robert Trujillo. Both the DVD/Blu-Ray release of the film and Jaco: Original Soundtrack are due November 27th. The official description reads:

“Jaco” chronicles the tale of Pastorius, a “self-taught, larger-than-life musician who single-handedly changed the course of modern music by redefining the sound and the role of the electric bass guitar,” according to a statement. The movie, which Paul Marchand and Stephen Kijak directed, features appearances by Red Hot Chili Peppers’ Flea, Rush’s Geddy Lee, Carlos Santana, Sting and others.

Among the re-issues out Black Friday are David Bowie’s Earthling on translucent green vinyl and Outside on white vinyl. Both are 180-gram vinyl, and apparently have tri-fold covers. Paul McCartney will issue a 12″ EP for his collaboration with Michael Jackson, “Say Say Say.” Queen will release a 40th Anniversary “Bohemian Rhapsody” 12” with the original artwork. Faith No More’s 1985 debut album We Care A Lot and Green Day’s American Idiot will be reissued as well, though details are scant at this point.

Genre defining garage rockers The Sonics will re-issue 1965 debut Here Are the Sonics, ’66 follow-up Boom, and assorted rarities, alternate takes and live performances as a 3 LP set called Fifty. The box – which commemorates their half century anniversary – includes a 36-page booklet documenting the oral history of the band, an 18 x 24-inch poster, and a download card.

Atreyu
So Others May Live
SPINEFARM 7″

Faith No More
We Care A Lot
MANIFESTO LP

Rancid
And Out Come the Wolves (2015 remaster)
EPITAPH LP

Strypes
Get Into It
MERCURY 7″

Various Artists
Our Impact Will Be Felt: Tribute To Sick Of It All
THINK FAST! LP

Watt, Mike
Back In the Microwave (with the Secondmen & Chronics)
ORG MUSIC 7″