This weekend Phish archivist Kevin Shapiro is digging through the band’s vault to uncover hidden treasures from Phish history in the latest installments of From The Archives. That’s not the only Phish happenin’ a-happening this weekend of course, it’s also the group’s 10th festival, Magnaball. Queue up your computer speakers: Phish’s own radio station, The Bunny, is returning for Magnaball weekend with its own mixlr channel for online streaming. Tune in to hear both the latest From The Archives installments and Phish’s seven Magnaball sets live from Watkins Glen International race track!

From The Archives is a Phish festival weekend tradition dating back to the Clifford Ball festival in 1996. The first episode in this latest installment will debut Thursday night at 9 p.m. ET until 11. The second new episode will air Friday between 3 p.m. and 5 p.m. and the third on Sunday at 3 p.m. – 5 p.m. [UPDATE – Episode 1 is now streaming above; 2 is here; 3 is here]. The Bunny is also scheduled to broadcast Phish’s “full mix of killer cuts, festival reports, archival Phish audio and much much more” through Monday, and can be listened to SiriusXM’s Jam On and local terrestrial radio WNGZ 104.9 FM as well as mixlr and LivePhish.com [UPDATE – fan T.J. Harley created a Spotify playlist containing all 779 songs played by The Bunny this weekend that are available on the streaming service in the order they were broadcast; listen here]. Additionally a webcast featuring multi-cam video of Phish’s performances is available via LivePhish.com.

The Bunny goes On Air in just under an hour at 10AM ET locally at 104.9 FM and at http://t.co/cMSXWKHuNs. pic.twitter.com/Iwrggg3US5

Magnaball, Phish's 10th festival, has sold out. Unfortunately, If you do not have a ticket, you will be turned away pic.twitter.com/AODSJ8cdRB 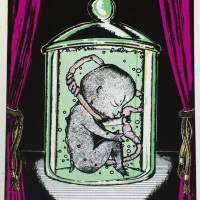 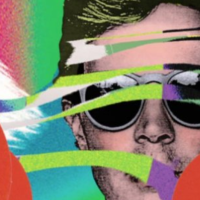