Updated March 10, 2015
The entire list has been released.
Read it here.

Record Store Day – an annual celebration of the over 700 independently owned record shops – is Saturday, April 18th this year. Next Tuesday, March 10th, a panel featuring Annie Clark (St. Vincent), Kate Pierson (B-52s), Kozmo Vinyl, Todd Barry, Sam Calagione and Record Store Day co-founders Michael Kurtz, Eric Levin and Carrie Colliton will hold a 1pm press conference at Rough Trade Records in Brooklyn to officially announce the full list of 2015 offerings. Over 400 releases are expected, with 254 of those being from indie labels. Hundred of these have already been announced individually by artists and labels, or confirmed by the distribution catalogs stores order their stock from. Below is a preview of the hottest items confirmed so far.

With Dave Grohl as this year’s Record Store Day ambassador, a Foos release was a given. The tracklist of their new EP Songs from the Laundry Room was revealed by a photo in latest issue of Kerrang! (below) of a handwritten J-card showing Dave’s recordings from Barrett Jones Laundry Room Studios revealing the tracks:
Side A:
Alone + Easy Target
Big Me

Side B
Kids In America
Empty Handed
(title crossed out)

This is presumed to be Dave’s demo from January 1992, which would sync up nicely with Foos celebrating their 20th anniversary this year. Tag it as a going-back-to-the-start release. 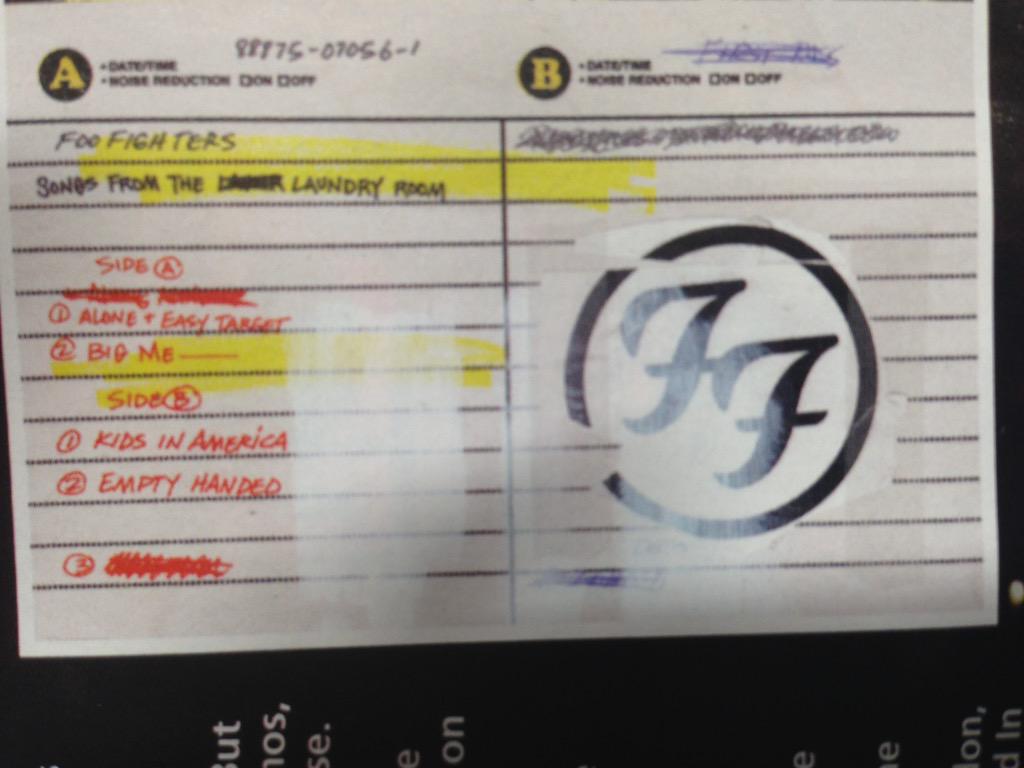 Last week Phish shared a photo on their facebook page showing “Side K” of an unannounced release. Sure enough New Year’s Eve 1995 – Madison Square Garden has been confirmed as a 6 LP set – that’s 12 sides! Though Phish phans will never agree on the band’s greatest concert, this show is the closest there is to consensus as one of their best. Officially released on 3 CD in 2005, this new 6 LP version will be its first on vinyl.

Phans have another item to save their pennies for: 1,000 copies of “Bounce” b/w “Never” will be released on 7-inch. Both songs will be on the new Trey Anastasio album, Paper Wheels, and both are currently streaming online.

The Grateful Dead guitarist’s covers-filled sophomore solo album from 1974 – also known as Compliments – will be re-released on green vinyl.

For nearly a decade the Rockabye Baby series has re-arranged various classic artists’ greatest hits as music box instrumentals for infants. This Record Store Day skeletons from the Dead’s closet on vinyl will be putting babies to sleep.

Released last year as part of the box set, Spring 90 The Other One, this 5 LP black 180 gram set marks its first time on vinyl: nine sides of music, one side etching.

Gov’t Mule – Stoned Side of the Mule Volume LP

Like Volume 1, this six song sequel feature Rolling Stones covers recorded live on Halloween 2009 at the Tower Theatre in Philadelphia. 3500 copies of newly edited and mastered vinyl lacquers are being cut from the old Stax Records lathe in Memphis.

The White Stripes – Get Behind Me Satan LP

Third Man Records have announced The White Stripes will commemorate the tenth anniversary of Get Behind Me Satan with its first ever commercially available vinyl pressing, a 180-gram double LP features disc one pressed on red vinyl and disc two on white. It includes a full-size, 12” x 12”, gatefold lenticular jacket, newly created inner artwork reprising themes of the original promo-only version of the Satan LP, and an MP3 download code. A non-exclusive, standard-artwork, black vinyl version will be released later this year, but the special pressing described above is exclusive to Record Store Day.

We’ll have to wait until Tuesday for full details, but this looks like the latest addition to Warner’s Side By Side series in which they pair a cover of a song with the original on a split 7-inch. 6000 copies have been confirmed.

Likewise, David Bowie/Tom Verlaine’s respective versions of “Kingdom Come” will be issued on 7-inch as part of the Side By Side series. That’s in addition to”Changes,” the latest addition to Bowie’s ongoing picture disc series.

Another Side By Side 7″, this gold, white, red and black mixed vinyl contains Syd’s “Dark Globe” with REM’s cover on the flip.

Jack White anonymously bought the first record Elvis ever cut earlier this year for $300,000. To recreate the sole original copy, these 1953 recordings will be issued by Third Man Records as a 10″ on Record Store Day without being remastered. A wider pressing on 7″ restored by Alan Stoker will also be available later this year.

The third album by John Stirratt and Pat Sansone’s long-running Wilco side-project will be released as a double LP in a gatefold sleeve, a first for the 2007 album.

2500 copies of a 12-inch featuring Barnett’s cover of John Cale’s “Close Watch” on the B-side.

Midlake filmed their hometown show at Dan’s Silverleaf during the Antiphon tour in November 2013 and edited it into a 90 minute film that is part live concert movie, part documentary on Denton. Produced and directed by Eric Noren and actor Jason Lee, the film premiered at last year’s CMJ Music Marathon. It will be released on DVD on Record Store Day along with a limited edition 4-track 12″ vinyl EP including live versions of “The Old And The Young,” “Antiphon,” “Roscoe” and “Going Down.”

On DVD this Record Store Day for the first time, this documentary staring Joanna Newsom, Devendra Banhart and Vetiver is officially described as:
“Three musical acts at the fleeting moment when they transcend the world they’ve built for themselves, and the rest of world takes notice.”

If you haven’t checked out Plant’s recent work lately, get on that ASAP. Both his 2014 album lullaby and… The Ceaseless Roar and his recent live shows are among the best work of his career. On Record Store Day the Golden God will release a 10” live EP entitled More Roar in a limited edition run of 10,000 copies. It includes exclusive performances from his recent world tour of “Turn It Up”, “Arbaden”, “Poor Howard” and a reworking of Led Zeppelin’s “Whole Lotta Love.”

A soundtrack to a short film by Spike Jonze, this LP collects tracks by Animal Collective, Sleigh Bells and more.

Ahead of the April 21st release of their first album of this decade Built to Spill will issue a mere 500 copies of their new Untethered Moon LP on transparent blue vinyl this Record Store Day. The limited edition run will include transparent blue pressings randomly inserted throughout record stores.

One of many ways The Flaming Lips are marking the 20th anniversary of Clouds Taste Metallic is with a limited series of its three mid-90s UK EPs repackaged on vinyl for the first time as multi-color 10” EPs. “Bad Days” will be on white, green and yellow mixed vinyl, “This Here Giraffe” on clear and solid orange mixed and “Brainville” on solid yellow vinyl. Additionally the Lips will release a “Brainville Yellow Slim Fit T-Shirt” and a “These Clouds Are Real Orange Slim Fit T-Shirt.” 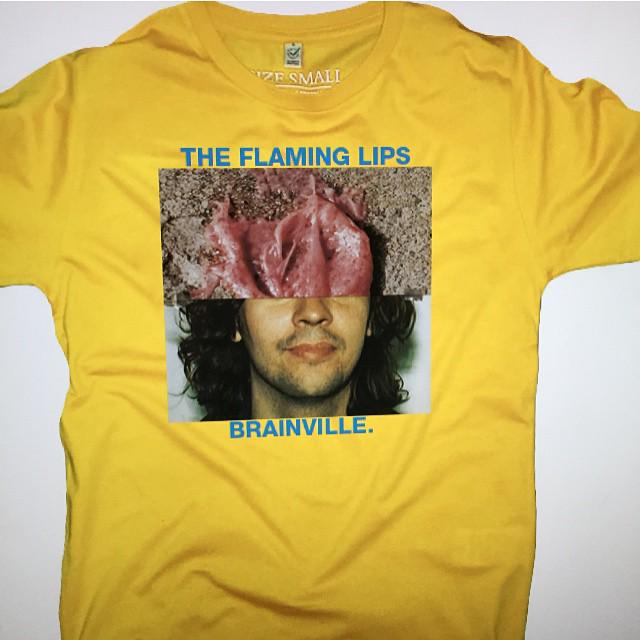 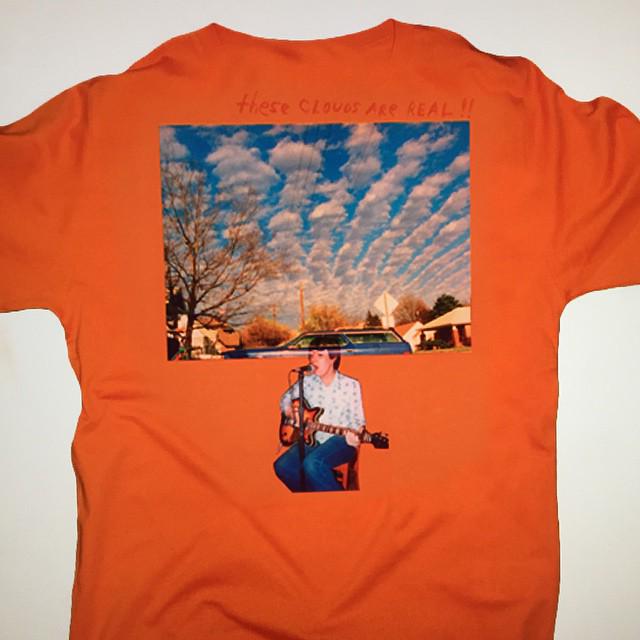 The legendary guitarist will release three 7-inch singles featuring his early work. 1750 copies of “Hi Ho Silver Lining” b/w “Beck’s Bolero will be pressed on red 7-inch, 2000 copies of “Love Is Blue” / “I’ve Been Drinking on blue 7-inch and 1750 copies of “Tallyman” / “Rock My Plimsoul” on gold 7-inch.

The back story goes something like this:
The Zombies had their biggest hit in 1969 with “Time of the Season,” but had been broken up for over a year by then. To capitalize on their moment in the spotlight, original members Rod Argent (keyboards) and Chris White (bass) agreed to release songs they were already writing together for a new group as follow-up singles to their hit under The Zombies name. Plans were made by their label to collect these singles with unreleased studio outtakes and issue it as the final Zombies album under the title R.I.P. When none of the singles became hits, the label didn’t follow through. All twelve tracks planned for that album appeared first on the Zombie Heaven 1997 box set and then in the originally planned sequence on a Japan-only 2008 CD. Last year R.I.P. received an official release throughout the rest of the world, and on Record Store Day it will be available on vinyl for the first time ever.

Originally released on the space rockers 1976 LP Astounding Sounds, Amazing Music, “Back on the Street” will be re-released b/w “The Dream of Isis” on white vinyl 7-inch in a limited run of just 700 copies. Additionally Hawkwind’s 1980 live album Live Seventy Nine will be re-released on 140-gram transparent yellow vinyl in a run limited to 1,000 copies.

The San Fran experimental rockers’ ninth studio album from 2008 will get the white vinyl treatment with a 2,500 limited run this Record Store Day.

This is presumably a re-release of Intermission: Extraneous Music from the Residents’ Mole Show, a 1982 EP by experimental rock legends The Residents. Strange though, it’s Record Store Day 2015 version is listed as an LP. Does this mean it’s coming with more tracks? We’ll find out next Tuesday…

Details have yet to be released, but it has been confirmed that influential cult-indie rock band The Feelies will release 2000 copies of a 7-inch box set on Record Store Day.

St. Paul and the Broken Bones – Live from the Alabama Theater LP

Fans of old-school soul made new have a lot to enjoy in recent years thanks to Daptone Records artists Charles Bradley, Lee Fields, Sharon Jones and their like minded peers. There’s also a revival of older artist that never got their just due the first time around, Bettye LaVette for instance. The hottest addition to this old school cool is St. Paul and the Broken Bones, who will release 2000 copies of a live set this Record Store Day on an Alabama-shaped 12-inch picture disc.

Likewise, the psych revival of recent years has introduced many of the most exciting rock bands working today. 2014’s hottest addition to this pack was Temples. They’ll release 3000 copies of a live EP on coloured 12-inch this Record Store Day.

So far the forerunners for most unique vinyl coming this Record Store Day are St. Paul and the Broken Bones’ aforementioned Alabama-shaped 12-inch picture disc and The Prodigy’s Ibiza. 2000 copies of the latter will be pressed on glow in the dark vinyl.

Dennis Lyxzén followed the 1998 break-up of his influential Swedish punk band The Refused with this more garage-minded outfit. Originally released in 2003, a red vinyl reissue of their second live album is on its way for Record Store Day with two bonus tracks.

The tracks are TBA, though it’s confirmed this split 12-inch features them covering each others songs.

Likewise Xiu Xiu and Merzbow are releasing 1,000 copies of a split 12-inch with a splatter design. Xiu Xiu are also releasing their LP Fabulous Muscles on 180-gram blue vinyl, remastered for a limited 1,500 pressings.

Recorded over a run of autumn 1978 reunion/farewell shows, Johnny Thunders’ 1979 live album will be re-released on 2,500 copies of multi-color vinyl.

The Lemonheads — Bored On The 4th July 12-inch

….another 12-inch with limited info available at the moment, though a white vinyl pressing has been confirmed.

Metalica – No Life ‘Til Leather cassette

Metallica now operate their own label, Blackened Recordings, and their first order of business is re-issuing their master recordings – which they own – with an ambitious new series of special releases. This Record Store Day will see the first offering. Rather than start with their 1983 debut Kill ‘Em All, they’re going back even further to the second demo tape they circulated. Lars Ulrich recently reminisced to Rolling Stone about writing the J cards in his bedroom and mailing them to tape collectors around the world. Keeping in that spirit this 1982 demo will be released as a limited edition cassette remastered from the original tapes with the artwork replicating Ulrich’s own copy and the tracklisting in his handwriting. 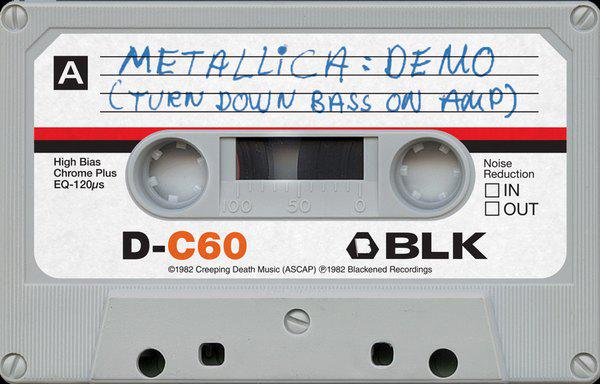 Other highly anticipated releases include:

Interpol – “Everything Is Wrong”/”What Is What” (7-inch)
Islander – Violence & Destruction (white or teal LP, 900 copies)