In the wee early hours of June 28, 2012 Wayne Coyne discussed Instagram with Grace Potter and Chris Pontius in front of MTV’s cameras webcasting The Flaming Lips’ 24 hour tour.  Coyne had recently joined the social media giant, but admitted to Grace et al he didn’t know how to use it. 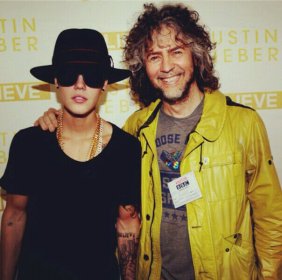 My how that changed.  By this time last year Instagram had become virtually Wayne’s sole social media outlet (yes, he uses twitter – but mostly just auto-tweets from his Instagram account, or retweets of fans).  Since then he’s posted a treasure trove of concert photos, behind-the-scenes images of current Flaming Lips projects, rare band pictures and posters from their 30 year career, shots with other musicians (Patrick Carney, Kesha, Jack White, Kevin Parker, etc), weird art, playful selfies and random scenes from his daily life.  All 1227 photos are gone now however, since Instagram closed his account Saturday.  They even deleted Wayne’s picture with Justin Bieber (thankfully restored above for your viewing pleasure).

Banning Wayne’s account does not stop him from posting more photos (under a different user name), it only prohibits fans from seeing past posts we value. Aside from losing some of his 47306 former followers that don’t find his new account, Wayne is not being punished – we the fans are.

This is not just a #firstworldproblem for fans though.

Wayne is also extremely generous with his account, frequently plugging artists he comes across and collaborators. Deleting Coyne’s messages is wiping the slate of the attention he has brought to these lesser known artists, potentially hurting them far more than the ban could impact Wayne, a well-established figure. Among the first to sign the petition to bring back Wayne’s account was Jack Ingalls, frontman of Spaceface and keyboardist/ guitarist for the Lips on tour. He hit the nail on the head writing, “Aside from maybe posting occasional suggestive pictures, Wayne uses this account to help out other struggling artists and musicians by keeping everyone updated on who he’s working with etc. All of his posts come only from a place of love and it makes no sense that you can’t just remove the one offensive photo, especially if you’ve given other artists said privilege. To remove his whole account seems like a move to inhibit a community of artists, rather than slap a man on the wrist..”

sign the petition to bring back wayne's images…http://t.co/QZwpixdiga @waynecoyne there's no place for censorship in a free society.

Moby responded to the news by tweeting, “they kicked wayne off of instagram? wha? his pictures are amazing,” then signing the petition:
“there is no place for artistic censorship in a free society. especially when the artist in question is wayne coyne.. bring back wayne’s amazing images.
-moby”

This petition will be sent to Instagram to state our case that deleting his account punishes us, Wayne’s fans, as well as lesser known artists – not him.  We are requesting his account be treated the same as other celebrities who have posted photos violating their terms of use yet remain active (i.e. Tyler, the Creator, Nicki Minaj, Rihanna, Chrissy Teigen, Heidi Klum, Miranda Kerr). 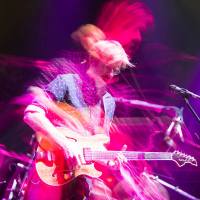