Rage Against The Machine performed a free concert in protest of America’s two-party political system on August 14, 2000 – the opening night of the Democratic National Convention. They performed across from the Staples Center, where recently-impeached-but-then-acquitted-and-still-serving-President Bill Clinton was speaking. The concert was originally planned by MTV as a part of their “Choose or Lose” 2000 election participation campaign to promote youth voting. However, given Rage’s reputation – including an incident a few months prior while filming the video for “Sleep Now in the Fire” with Michael Moore that caused the New York Stock Exchange to close, a controversial burning of the American flag during their high-profile set at Woodstock ’99 and the general aura surrounding their latest album The Battle of Los Angeles, released less than a year before – the city of Los Angeles rejected MTV’s applications. So Rage arranged to instead perform as part of a previously organized protest on an open demonstration site that a federal judge decided did not require a permit, taking the prime spot of the convention’s first night protest. The city responded with “saturation policing,” allegedly dispatching 2000 officers in riot gear, along with horses, motorbikes, squad cars and helicopters with a 12-foot fence built around the protest area. After the concert a gathering of “an estimated four thousand” protesters was declared an unlawful assembly by the police and forcibly dispersed with paintgun pellets, water from a high-pressure hose, pepper spray and rubber bullets, Scoop Media reported. CNN noted:

“At least six people were arrested Monday night when a group of 50 to 100 demonstrators began throwing rocks and bottles at police on the fringe of a free concert by the band Rage Against the Machine outside the Staples Center, where President Clinton was speaking.”

Professionally filmed footage of both Rage’s set and the ensuing conflict was released on the band’s 2003 DVD Live at the Grand Olympic Auditorium, along with an MTV News report, though the concert has never been officially issued as an album on any format. That is, until now: it’s set to be released on vinyl April 21st as a single LP for Record Store Day. Legacy Records will press 5000 copies of Live At The Democratic National Convention 2000 as a RSD Exclusive Release.

Watch the concert and ABC coverage of the protest above; preview the album cover and tracklist below. A local review of the concert by Rob Evanoff ‏published shortly afterwards is also below. 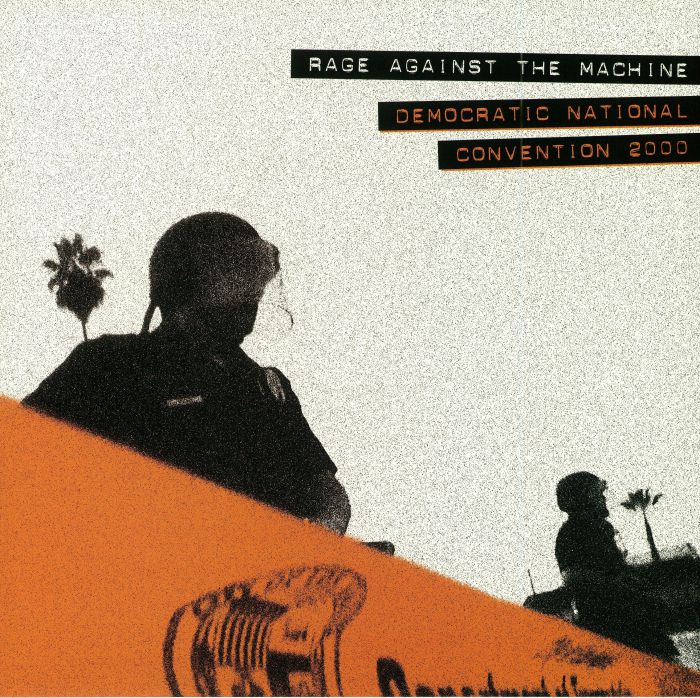 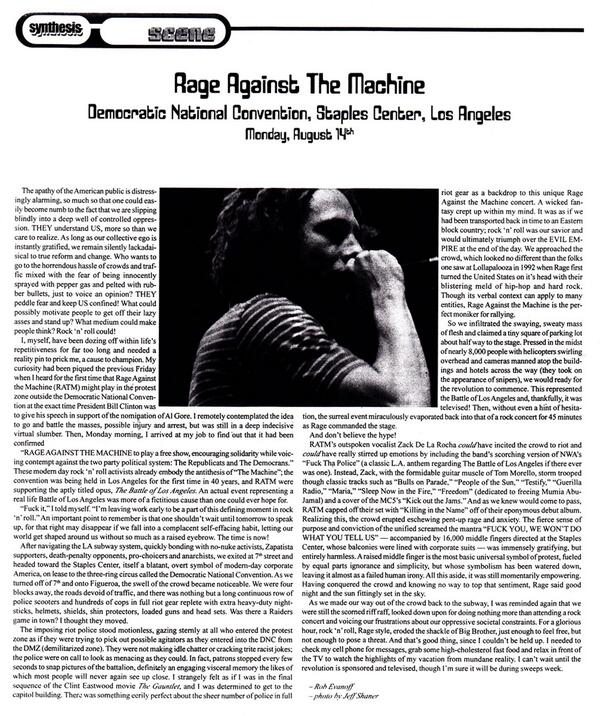