For several years MTV has been shifting its focus towards twitter and online viewing, and in that regard the 2017 VMAs were a success. The VMAs trended globally for 13 hours on twitter. From Sunday 7 p.m. to 11 p.m. ET the show was the number-one trending topic in the U.S. and held eight of Twitter’s top twelve U.S. trending topics at its peak Sunday night. It remains to be seen if MTV’s real time sharing of monetized videos from the award show on social media will net significant profits or be emulated by other award shows with similarly declining TV ratings. Links to watch all of the 2017’s VMA performances are at the bottom of this post.

So what exactly were people tweeting? Below are word clouds of the tweets with trending hashtags related to VMAs (via WordHashtagUS) along with top tweet examples of each (followed by the full list of nominees/winners and the aforementioned links to watch all of the night’s performances): 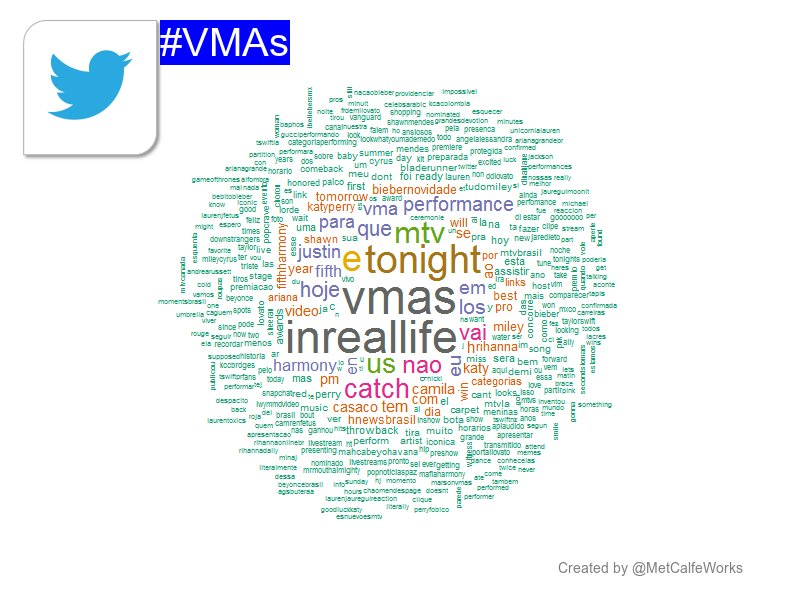 The 1998 @VMAs!! 📹📹📹 Best of luck to this year's performers and nominees! #VMAs pic.twitter.com/nMupBOWU5Z 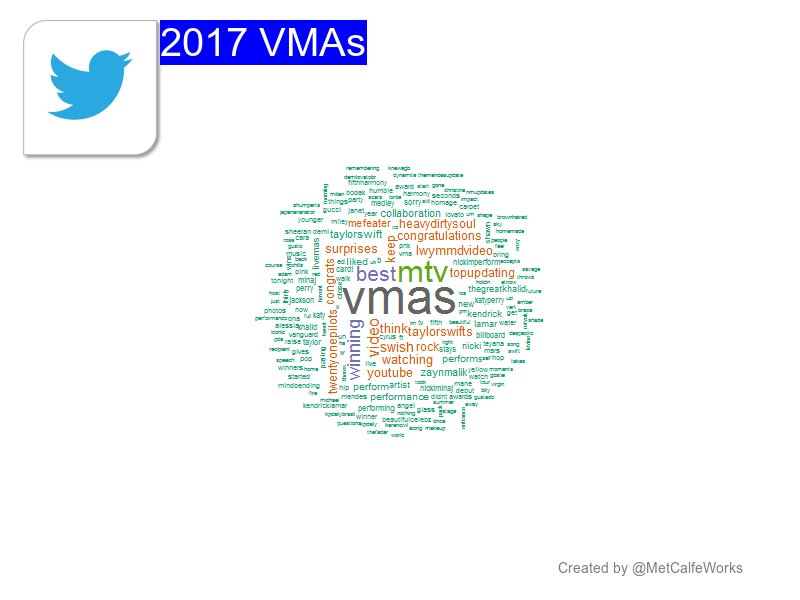 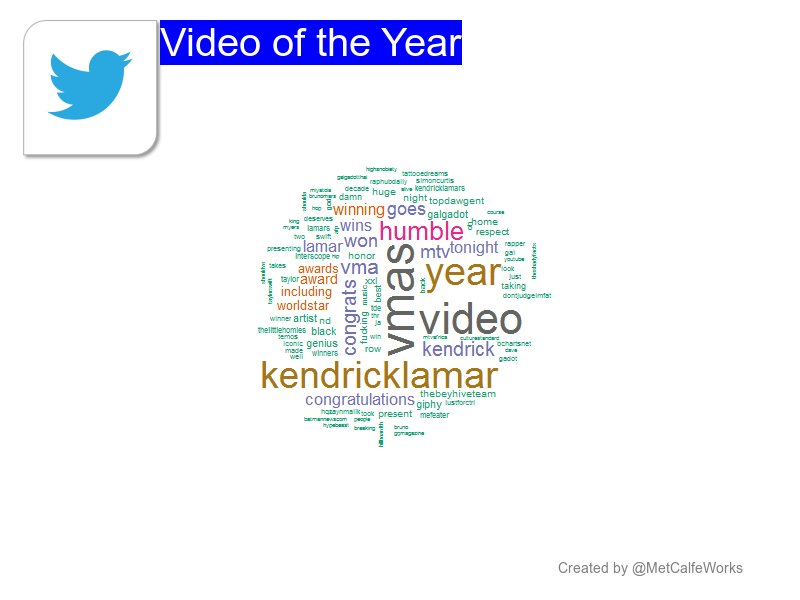 Such a huge night for @kendricklamar! Congrats on winning Video of the Year! #VMAs pic.twitter.com/qKXOr51xWw 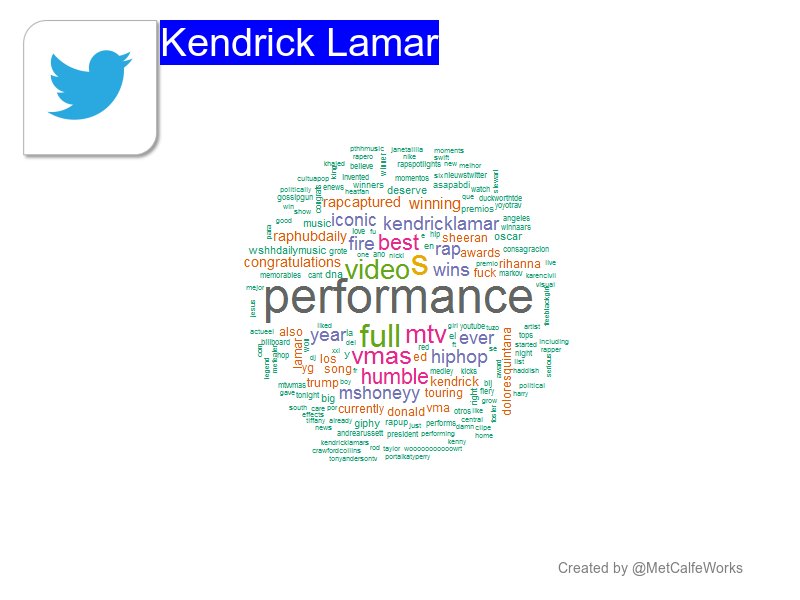 me at 8:05pm after kendrick performs: that was a great vmas, cant wait for next year

Kendrick is the greatest of all time 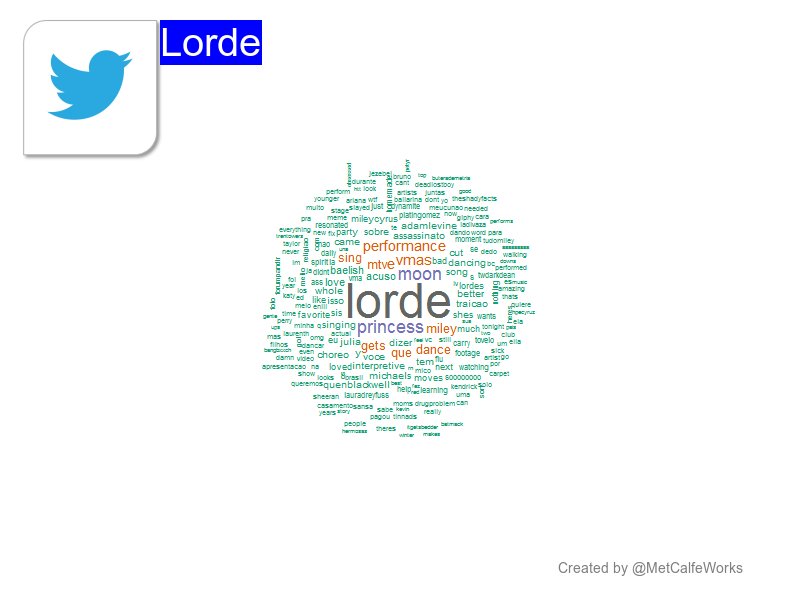 Learning some of these @lorde moves for my next party. Who wants to help carry me? #VMAs pic.twitter.com/NslxrOGm2L

It's soooo cool to see @lorde just vibin out to her own music. 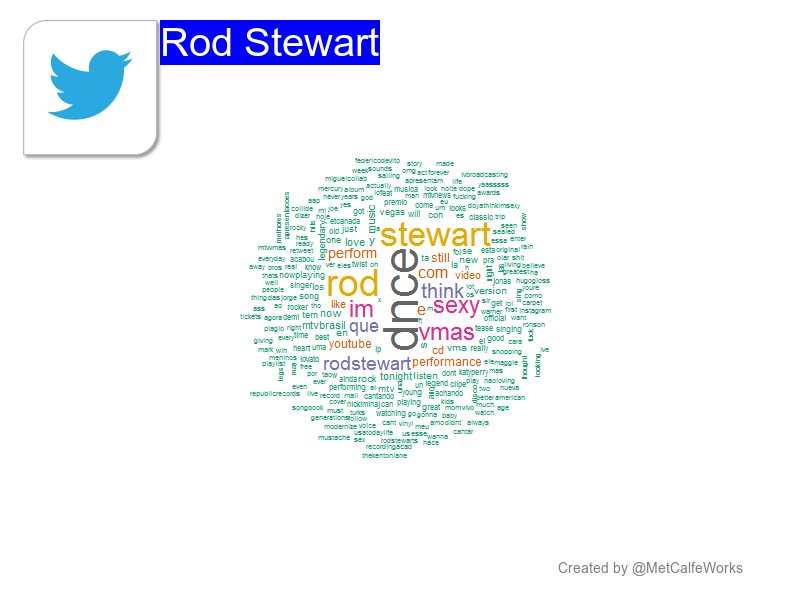 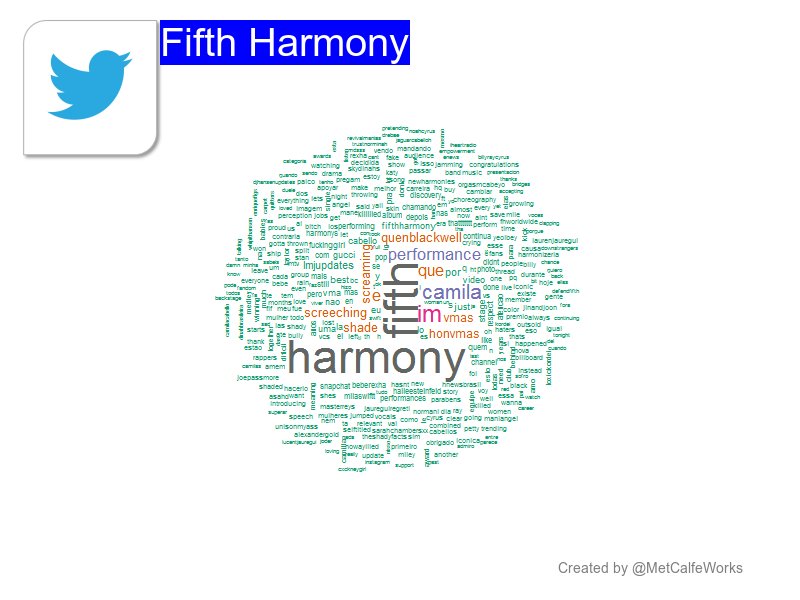 I saw the full Fifth Harmony performance. I'm not ok. Pls excuse me while I hibernate or just crawl in my coffin…Epic. Iconic. Mic drop.

I don't think I can be friends with the Fifth Harmony girls anymore…I won't be able to look at them the same way. It was just too good

These girls came to slay. Can't wait for your #VMA performance, @FifthHarmony 😘 pic.twitter.com/R5Rox4jwzb

Congrats to @FifthHarmony for taking home the #VMA for Best Pop! 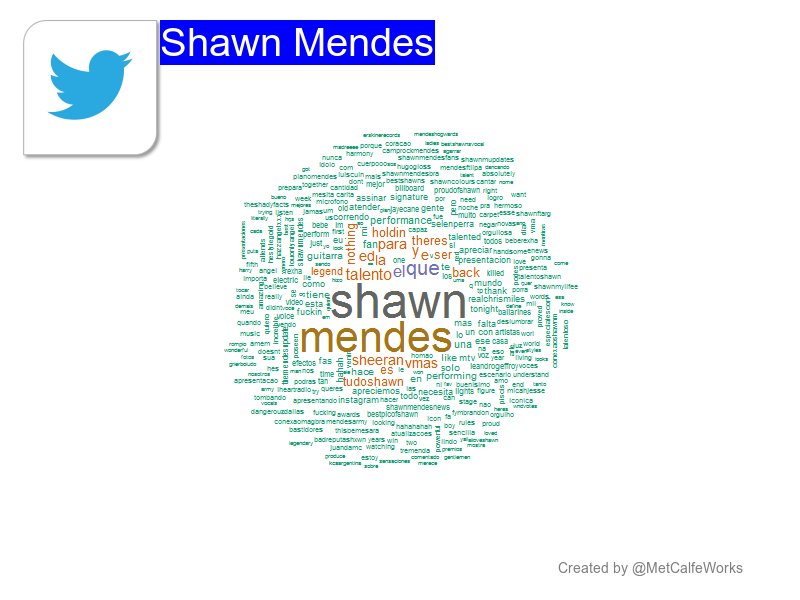 I believe in Shawn Mendes! 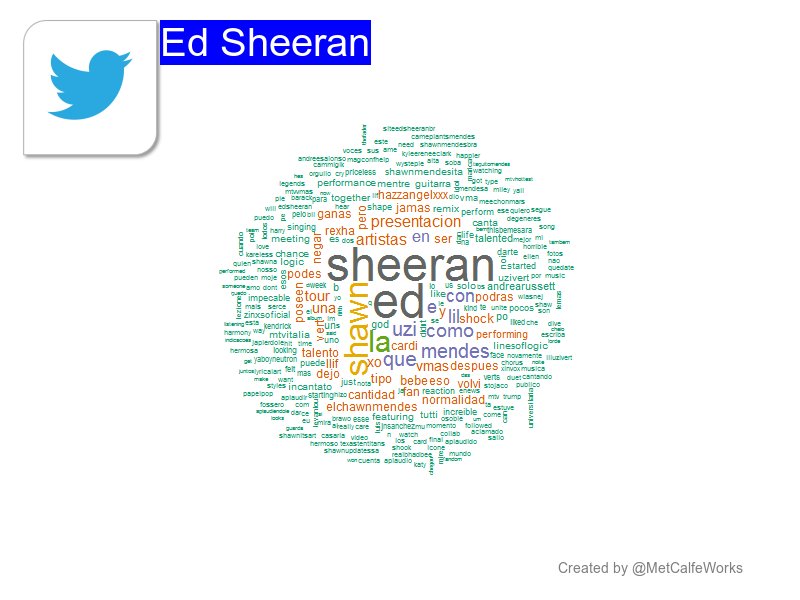 Ed Sheeran kept it super simple accepting the first-ever Artist of the Year at the #VMAs: https://t.co/xKxtClcU1T pic.twitter.com/YSX5kkNbXe

Video of the Year

Artist of the Year

Best Fight Against the System

Song of the Summer