Which of these 15 nominees do you think belongs in the Rock and Roll Hall of Fame? 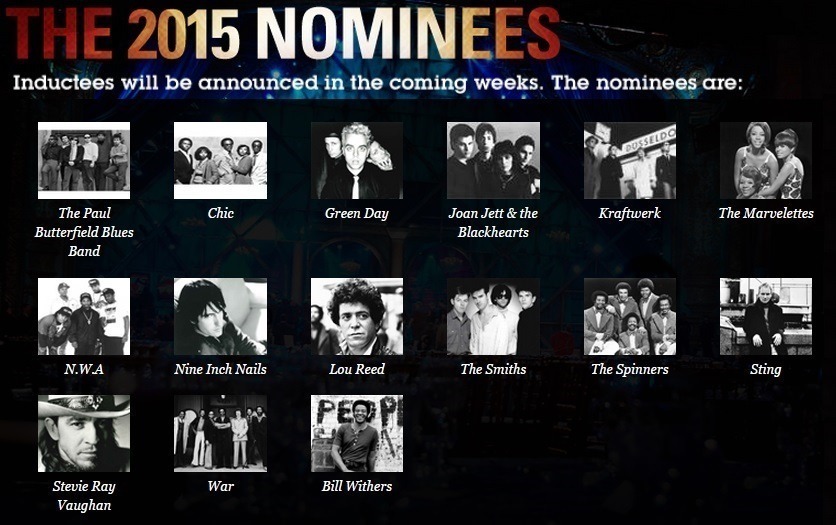 Cast your vote here! The top five artists selected by the public will comprise a fans’ ballot that will be tallied along with the other ballots to choose the 2015 inductees.

Note Lou Reed and Sting are both in the Hall with their bands (The Velvet Underground and The Police). This nomination is for their solo careers.

And while we’re at it, what artists were most snubbed in the nominations?

Some of the perennially complained about snubs include Deep Purple, King Crimson, MC5, Yes, Sonic Youth, Brian Eno and/or Roxy Music, Motorhead, The Cars, T Rex, Joy Division and/or New Order, Willie Nelson, and John Coltrane – none of which are in the hall.

Which of these do you think is most deserving?