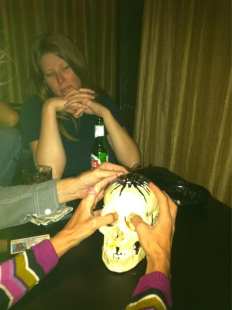 “It has a very strange title. It’s like when a scientist discovers a black hole… It’s called ’7SkiesH3.’
-Wayne Coyne, October 26th to blog.omusicawards.com

While discussing a lengthy new Lips’ collab with the “ghost of John Lennon“ (that is, Sean Lennon with his voice eerily distorted by telephone) Wayne Coyne hinted in September at a special song and object to be released by The Flaming Lips in October – (If not, read the quote below)…

A few weeks later he revealed plans for:
A little ditty to last a full day (and you thought 6 hours was long)…
…and be released in real, human skulls
…(13 of them – covered in chrome, packaged elegantly
costing $5,000 each, and already sold-out)…
…on Halloween at midnight….

The song live streams at flaminglipstwentyfourhoursong.com since midnight on Halloween.

Live tweet comments about the live stream with hashtag # 24HourLipsSong

“We have another mega skull that I can’t tell you about yet. But I’ll tell ya, everybody is gonna want that, and they’re not gonna want anything else because it is so mega… We are going to do one for Halloween, though. I can’t speak to that just yet, but that will be completely tied together, this idea of death and I’m singing as if I’m already dead. And [I’m] hoping I can make it happen by Halloween. We did this with the “Two Blobs Fucking” thing that came out on Valentine’s Day. I want to hit these Flaming Lips-specific holidays. You know, we do Christmas, we do Halloween.”
-Wayne Coyne, September 13th to Rolling Stone

According to oklahomarock.com the 24-hour song will be released on five hard drives inside the skulls.

Wayne recently told knoxville.com, “I think we’re working out a deal with iTunes. You can see how insane we’ve gotten when we start thinking, ‘We’re gonna call iTunes and put a 24-hour song on their server.’ But they’ve since said, ‘This is insane, but let’s see if we can do it.’ It shows that there’s another world of possibility out there and iTunes is into that. They’re into this proof that what you previously thought was unthinkable or insane is possible.”  Since that quote it’s been revealed that iTunes was unable to meet the song’s large demands, leading The Flaming Lips to create flaminglipstwentyfourhoursong.com to stream the song.

The release of the 24 hour song marks the 20th anniversary of The Flaming Lips’ major label début: EP Yeah, I Know It’s a Drag… But Wastin Pigs Is Still Radical was issued by Warner Brothers on October 31st, 1991.   20 years of weird indeed!

This Halloween The Flaming Lips will also be featured in MTV’s O Music Awards, performing The Beatles’ “Revolution” on iPads – a tribute to Steve Jobs.  The segment was filmed as a “secret video” the weekend before Halloween.  See photos from the shoot and read more details here.  It’s possible the 24 hour song will somehow tie into the O Music Awards…

Coyne broke news of the 24 hour song to O Music Awards in September: “I would say nothing that we’re doing is bizarre or illegal.  In parts of the world and even on eBay you can actually buy real human skulls. There’s a place in town [in Oklahoma] that’s called Skulls Unlimited that’s been here for almost as long as The Flaming Lips have been here, and it sells human skulls… People heads come into this place and they have these flesh-eating beetles — I would have tweeted a picture of it, but they don’t allow it — literally eat every molecule of flesh off of these things and you’ll end up with a human skull.”

As previously reported, The Flaming Lips played “MoogFest 2011” on Halloween weekend – skipping their annual March of 1000 Flaming Skeletons parade this year.  At that music festival Wayne was scheduled to unveil limited edition screen prints inspired by Bob Moog’s legacy for the SYNTH: A Group Art Show – a benefit for the Bob Moog Foundation – though those prints were not finished in time.

Though likely just a coincidence, also note that on September 28th (the day before the news of the Halloween skull broke), flaminglips.com went completely blank.  The site has since been restored and a re-launch has been a long-time coming.  Still, the unannounced take down is suspicious… and leaves us wondering what’s to come.

Details on all of the above are still fuzzy – pieced together from various interviews and tweets.  Much more on all of this is sure to come.  Follow updates at twitter/FutureHeartDay, facebook.com/TheFutureHeart and futureheart.tumblr.com. 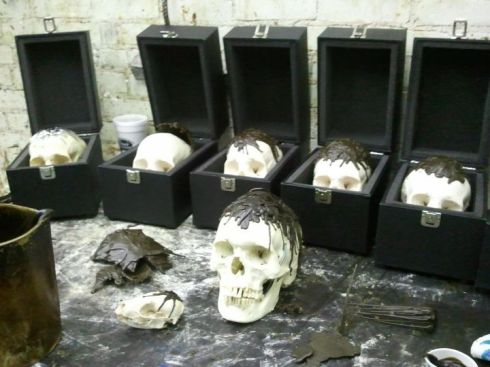 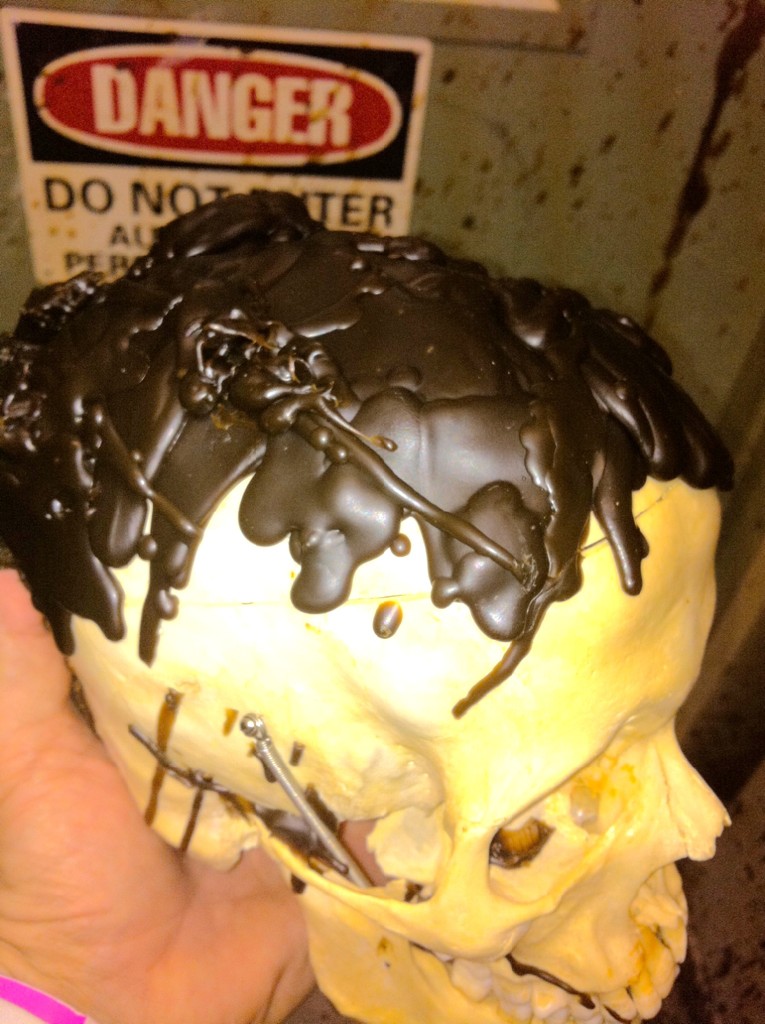 Throughout October fans could literally watch the 24 hour song as it was created via snippets posted on twitter/waynecoyne.

forbes: “The limited-edition “7 Skies H3″ song skull could make for a perfect gift for a Flaming Lips fan close to your heart–that is, if you’ve got an extra $5000 sitting around.”

citypages.com/gimmenoise “The band is presently bandying about concepts for a week-long song, and has dispatched an emissary to gauge the interest of “the undisputed Brahmin of the subliminal mindsuck,” later identified by Arthur as either Mutt Lange or Yanni.”

consequenceofsound: “The website only allows for 999 listeners at a time. As of 6:54 AM Monday morning, 874 folks are already dedicating their day to this venture.”