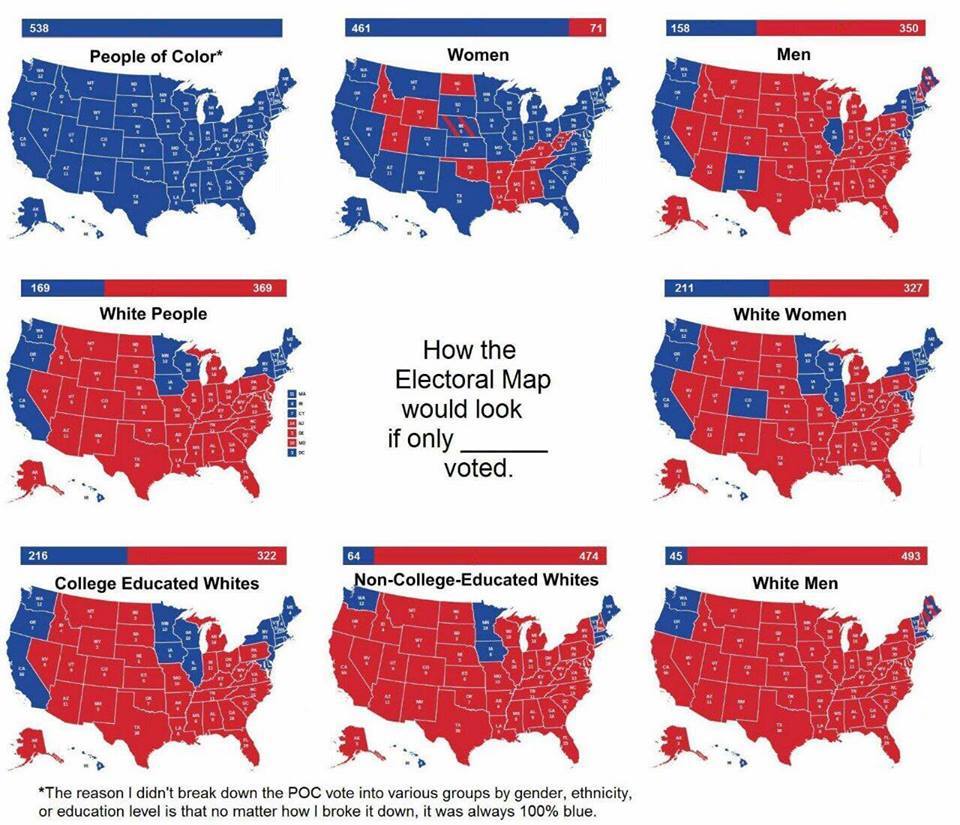 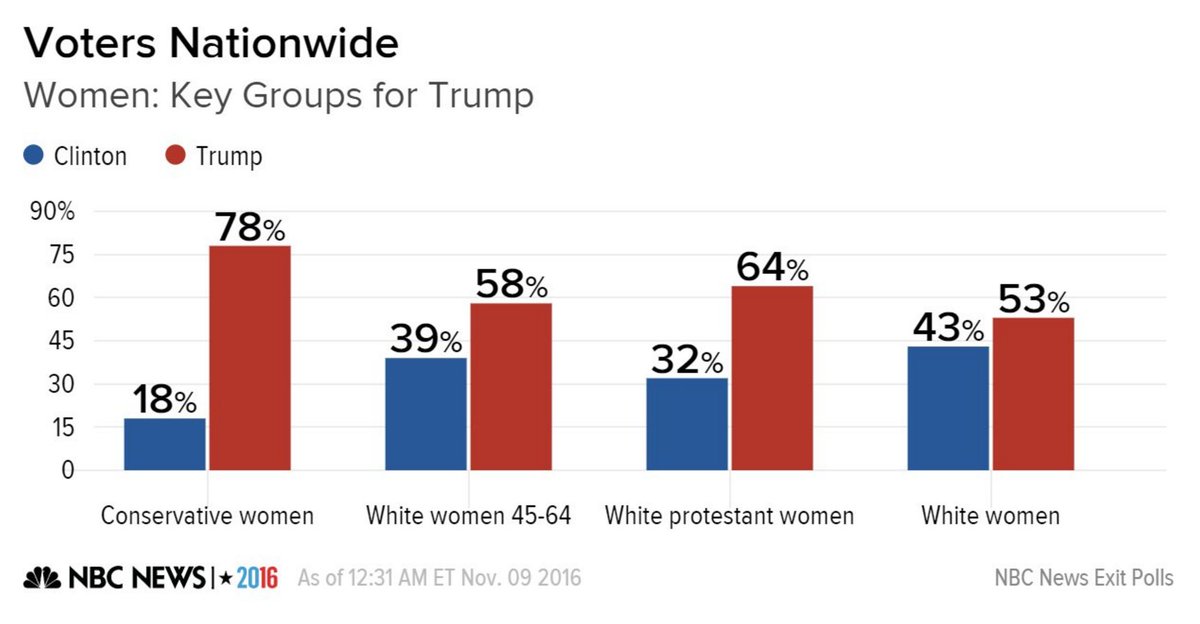 Trump winning would be nail in the coffin of legitimacy of many of the most powerful media-outlets. Disparity between truth and narrative.

Post Brexit … in the USA this is the opposite of Pres Obama election night in 2008. Its Halloween 2 weeks later #HauntedHouseOfHatred

Don't despair When there is a split in the elite and a popular movement the possibility for social change is high, Lets commit to moving fwd

As someone who arrived illegally to the U.S. & earned citizenship over the course of a decade, this feels like the end of an American Dream.

For me, this election was about the marginalized "the other". I feel so bad that this country has let them down. So bad.

When @DrJillStein likes your not easy being green tweet: pic.twitter.com/4gpCk1Km8Y

America, this fucking sucks, but we will be here fighting for what we believe in, and the people we love. We will never give up on you.

For my vision to come completely true Trump now must dissolve the Republic, move into Caesar's Palace in Vegas and declare himself Emperor.

Think of all the free coverage @CNN and the rest of the media gave Trump and all the money they will make with him as president. #cialis

My old tweet about missing the days of Trump being on 1 reality show for 1 hour a week now seems pretty damn lame. Apologies, America

What the fuck?!?!? #election pic.twitter.com/aB747MnKES

Getting out to vote for Hillary was only about buying time.Time is over, & it better be on now. #BrainUP I was 20 when ReaganBush hit USAers

@wikileaks cool she's a fool. But we're fucked. Trump isn't making any policy, whoever surrounds him is. See you after WW3

Hey Trump voters, are you ready to spend four years realizing you've been conned? Your rust belt jobs aren't coming back. You're not going to get a wall. You were lied to by a sociopath and through stupidity or delusion or racism or misogyny you believed his lies.

Hey! I think we might have a case for Trump not releasing his tax returns from the last several years! (said any sane person 2 years ago)

another narrative: america continues, trump is a republican surrounded by others like him, and clinton was not progressive enough.

How I'm supposed to answer on uber driver's question "How are you?" The world is about to meet the abyss of the New Conservative Order.

folks, please don't be too down this morning. trump is a blip in the human story, the odd backward step. keep love in your heart.

anti-trump sensationalism and personal attacks on trump have backfired. abondoning then berating millenials and progressives has backfired.

Hillary Rodham for 2020, you stupid motherfuckers

Do not sit still. Do not weep. MOVE. We are not a nation that will let HATE lead us.

Wolf Blitzer is the P Diddy of news. It may work for entertainment but I see this WolfDude dancing up to Trump like he the new Biggie smfh

Even though Trump won it will never be ok to bully and trample entire groups of people for political gain. #IStandForDiversity #equality

Hilary was not an ideal candidate. Trump is a giant dangerous infant.

now that their job security is no longer tied to being a clinton crony, corporate media is suddenly going wild for bernie sanders&wikileaks

It's like being arrested. Dramatic at the beginning. But then you start to figure out how to live and create in prison. You'll overcome.

I have never had much faith in governments..but still have an unshakable faith in people…in each other…&in our constitution's protection

white supremacy is now mainstream. shouting "fuck trump" isnt going to solve that. better to revise our politics of violence/tyranny/revenge

I don't need to look thru my tweets to find when I first said we all better get used to idea of president trump way before he was nominated.

Just was watching the news… maybe they'll ask me to sing 'You Can't Always Get What You Want' at the inauguration, ha!

After a surreal night, I've come to see that chaos is an unavoidable part of life. The universe is a very, very, VERY big place…the rules bend and twist and that's the deal. Whatever 'side' you are on, whatever you believe, we are all on the ride together – here on this beautiful planet RIGHT NOW. It's a gift I plan to make the most of. I hope we can all do our best to be present, peaceful, proactive, passionate and patient. Neil Young sings "Keep on rocking in the free world" … I plan to.

Odds on Canada building a wall …..to keep hoards of fleeing Americans out?

Nevertheless I'd say this: the tragedy of the early 20th century, as I understand it, was the desertion of the centre ground.

Tempting as it is to fly to the other extreme, I think that building bridges, connection and understanding matter a lot right now.

I Don't Want To Be There.

The election is over.time for our country to heal."may God be gracious to us & bless us &make His face shine upon us &give us peace."

Well there it is. Many people's fears, including mine,have become reality. What now? The world has never felt more divided.

This is a wake-up call to work harder than ever before, extend love to all, & fight & die if necessary to protect each other & this planet.

NO. So sad and shocked and ashamed of my country.