Last night Beck played an intimate concert at Apogee Studio in Santa Monica for a crowd of just 180 people, taped for KCRW’s April 23rd episode of “Morning Becomes Eclectic” [UPDATE – watch the full concert here]. In addition to performing, Beck was interviewed by KCRW music director Jason Bentley for the radio broadcast. “Bentley asked him about the rumors of another album to follow quickly and Beck confirmed, saying it will be ‘more representative of the live show’ and that it would hopefully come out this year. ‘There’s no rules anymore,’ Beck said, to which Bentley replied, ‘And that might not be a bad thing,’” reports Boutique Closet

Billboard adds that at the Apogee Studio show Beck said, “I’ve been working on and off on a different set of songs – they’re more boisterous (than ‘Morning Phase’). You’re screwed with any kind of adjective, but hopefully we’ll get it out this year.”

Beck has discussed releasing two albums in 2014 since the end of last year, saying several times that it will take a different approach than its tender, acoustic predecessor, this February’s Morning Phase. “I’m thinking more about the live show, which is more about energy. It’s a lot more up [than ‘Morning Phase.‘]” he told Uncut. He added to Mojo that it will be “experimental and abrasive” and noted to Rolling Stone its “live show” approach is “a whole other kind of writing – and difficult to do. You’re writing for a studio environment that is the antithesis of where the song is going to live.” More of Beck’s past comments about the work in progress are compiled here.

Beck’s 2014 tour dates kicked off last week with Coachella warm-up shows and a triumphant return to said festival on Sunday. Beck is also scheduled to headline several other fests this year, and has announced a string of June dates. There’s surely more to come though. Beck’s longtime bassist and live music director Justin Meldal-Johnsen – who has more recently become an in demand hit producer for Young the Giant, Paramore, Tegan and Sara, Neon Trees and others – has confirmed he’s dedicating most of this year to touring with Beck, implying Beck has significant concert plans for 2014 yet to be publicly announced (possibly tying into the “boisterous” next album):

Nostalgia aside, I have a little announcement to make which hearkens back to my past a bit.

…which is this: Starting now, I will be spending most of my time in 2014 performing live with Beck. Tour announcements forthcoming.

Record producing will move forward at a slower pace overall for most of this year, but I will be doing some concurrently with my travels.

It's time for me to return to my "natural habitat" of performing for a while. I hope to see some of you out there. Thanks for your support. 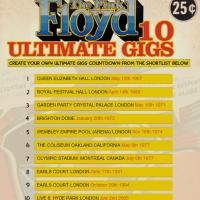 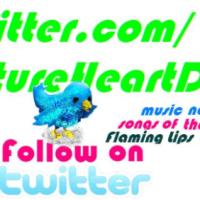 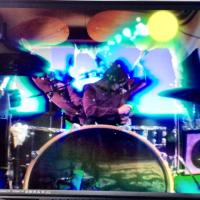