Coachella is streaming live from Indio, California at youtube.com/coachella all this weekend.  Highlights from yesterday include Neon Indian in the face of a windy afternoon, Gary Clark Jr.’s Marvin-and-Jimi inspired psychedelic blues-rock jams, Yuck’s timeless alt-guitar rock (opening with their new “Chew”), the one and only Explosions in the Sky, the two and only Black Keys (except when they have additional live members on stage), Dawes’ heartfelt Americana and the quintessential Britishness of Arctic Monkeys and Pulp.  Two of last night’s most anticipated sets were by recently reformed groups: The Refused and Mazzy Star.  The latter set a mood for the weekend particularly well…
UPDATE – Videos of highlights from the entire first weekend – including the entire sets of Radiohead, Black Keys, St. Vincent, Real Estate, M83, Explosions in the Sky, Arctic Monkeys, Pulp – are embedded below for your viewing pleasure…

Download Spin’s free Coachella 2012 mix – featuring Black Lips, Destroyer, Neon Indian, Yuck and more – here.  “Like” facebook/TheFutureHeart for more like this from Coachella on the way.  Check the full streaming schedule for today and tomorrow here, follow updates at twitter/FutureHeartDay.

Photos and videos Coachella 2012 weekend 1 are below: 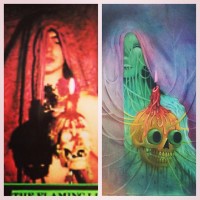