There have been countless amazing rock concert moments on Halloween: previously this week, we discussed The Grateful Dead’s Radio City Music Hall 1980 run climaxing on Halloween; than we saw Peal Jam take the stage as DEVO and Monsters of Folk as KISS, both from last Halloween.  Now we’re taking a listen to some of indie and alt-rock’s most memorable 10/31 gigs.

First up is a 1983 show by The Cramps (a perfect band to see on Halloween, no doubt) with openors, It Crawled From The South – the name REM called themselves for this one-off covers-filled set.  Supposedly Michael Stipe wore a bunny costume.  Enough said.

Below is REM (or ICFtS as it were) ripping into T.Rex’ “20th Century Boy,” Bo Diddley’s (via the New York Dolls) “Pills,” The Barney Miller Theme,” “The Secret Agent Man Theme, and The Replacements’ “Hootenanny” – all from the bootleg, Do You Remember? Dead Giveaway Office.  The Cramps set is missing in action, but in its place check out an old Halloween PSA of sorts by Lux Interior (possibly recorded for a late night MTV segment).

One of the most bootlegged Halloween gigs is Nirvana’s 1991 Seattle set, recorded as Nevermind – released just a month prior with fingers crossed it would sell 250,000 copies – was still shooting up the charts.  Regardless of what one thinks of the band, this is truly an iconic gig in ’90s rock history: the “next big things” right at their moment of stardom taking over, coming home for Halloween.  The breath-taking camera work on “Jesus Don’t Want Me for A Sunbeam” (slick pans from fantastic angles, but with an amateur-esque charm) makes this clip worth watching even if you hate the song!

The Flaming Lips played a great set on Halloween 1993, aptly ending with “Halloween on the Barbary Coast.”  (Almost) the entire concert will be posted on this blog soon with more info, in the meantime…

Check back at this blog later this week and follow twitter.com/FutureHeartDay for much more on this and several other Flaming Lips’ Halloween concerts, including a stand-out performance at last year’s Halloween weekend Voodoo festival alongside Halloween heavy-weights Kiss and Jane’s Addiction.

Speaking of which… if you think Jane’s Addiction was past their prime by 1997, than you must check out their Halloween gig from that year.  Held at New York’s Hammerstein Ballroom and filmed/ broadcasted by MTV (imagine that), neither Dave Navarro nor Perry Farrell seem the least bit lame yet, and Flea lays down an alt-rock rhythm section masterclass with Stephen Perkins.  See for yourself in these undeniable performances of “Ted Just Admit It,” “Stop” “Summertime Rolls” and “Mountain Song” (“Ocean Size” and “Jane Says” are fantastic too).

That same night (10/31/97), Neutral Milk Hotel played a more humble venue… a house party.  Though MTV wasn’t on hand to film this one, somebody with a camcorder was, and now the entire set can be downloaded for free or watched online:

Finally, you can’t go wrong ending with a bit of Deerhoof.  Here they are dressed up for Halloween at the 40 Watt Club in 2008 playing “Blue Cash.”  Athens sure does know how to put on a rocking Halloween party, don’t they?

For songs of the day, music news, Flaming Lips quotes and more… 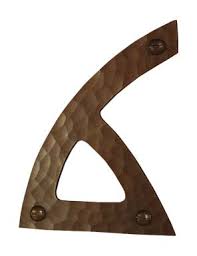